Differences in pay between women and men in the same jobs have captured the public's attention in recent years. However, public interest in and press coverage of salary differences on the basis of gender—or any other ascriptive class—in the learned professions are wanting. Moreover, few studies have spoken directly on the gender pay disparities in the legal academy, despite emerging evidence of its existence at multiple law schools. In this Article, we use a unique dataset, drawn from the only nationally representative survey to date of tenured law professors in the United States, to track how gender and race are tied to salary outcomes. But we look beyond the raw differences in salary, probing the mechanisms that undergird gendered pay inequities. 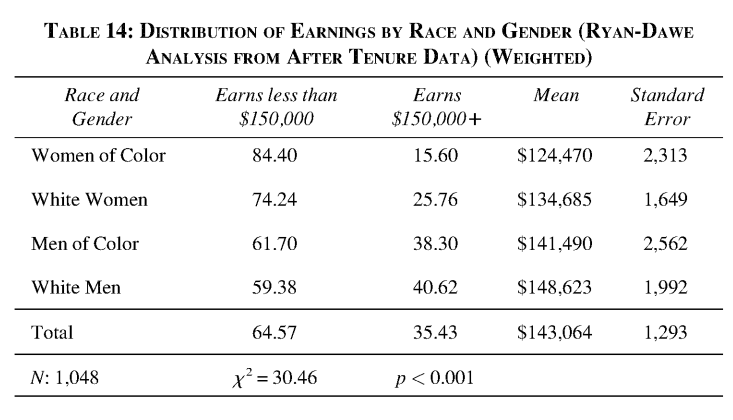 Part I of this Article introduces the concepts of human capital and social capital as important factors underpinning inequalities in outcomes for the legal profession. We then provide an overview of how career outcomes in law-and particularly in the legal academy—are shaped by access to social capital and returns to human capital. In Part II, we introduce the After Tenure survey, from which our data originate. Next, we describe our analytical approach, examining the demography of the legal academy and the legal profession more broadly to discuss the ways in which law professors' job experiences diverge along lines of gender and race. In Part III, we provide evidence of gendered earnings disparities among tenured law professors that are particularly acute for women of color. We conclude by demonstrating how these disparities stem from the differential valuation of human capital.