Father's Day And The Prodigal Son

The Federalist Op-Ed:  What I Learned From My Father About The Prodigal Son, by Mike Kerrigan (Hunton Andrews Kurth, Charlotte, NC): 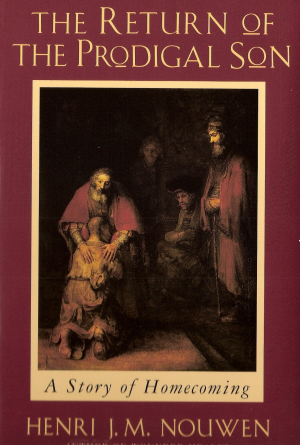 I was driving home from Mass with my family on Sunday morning. There the readings had included the Gospel of Luke’s parable of the prodigal son [Luke 15:11-32]. It’s the tale of the headstrong son who demanded and squandered his inheritance and then begged for forgiveness, his older brother who never rebelled, and the father who loved them both.

I had always identified with the prodigal son, and figured everyone else did, too. ... I said this to my wife, Devin, as we drove home from church. She said she understood the sentiment, but admitted at times feeling a certain kinship with the dutiful elder son. We clearly had interpreted the lesson differently, which surprised me. I decided to consult my father to break the tie.

I called him from the car, asking which character in the parable he identified with most. “Easy,” he answered. “The father.” Believing God alone had been, well, perpetually cast in that role, I never thought picking the father was an option. It seemed my dad, when faced with multiple-choice options (a) or (b), was puckishly choosing (c) as a write-in answer. Or so I thought.

Weeks later I shared the breezy exchange with Dr. William Muse of Knoxville, Tennessee. Muse, a contemporary of my father. ... “Read this,” he said, pitching me Catholic priest and writer Henri Nouwen’s spiritual classic The Return of the Prodigal Son. ... “Your dad is not wrong. None of you are.”

I devoured the book. It taught me that while we tend to be each actor — prodigal son, elder son, even the father — at different stages of life, we ultimately are called to progress to spiritual fatherhood. That is, we’re called to love one another exactly as the compassionate father did, with self-emptying hearts of mercy.

After all, neither the justice the prodigal son demanded nor the justice the elder son expected ultimately satisfies. Knowing this, the father gave his heirs freely and fully not the mere justice they sought but the far greater mercy they needed.

Justice may even the scales, but in mercy, the world is remade anew. As a broken world, so a penitent man. As we need merciful forgiveness, so must we grant it. As we are loved by God, so must we try to love one another. For nothing you have not given away, as C.S. Lewis wrote, will ever really be yours.

In other words, in the parable of the prodigal son we are, in fact, called to identify with the father, just like my old man said.