WSJ Op-Ed: How God Works — The Science Behind The Benefits Of Religion 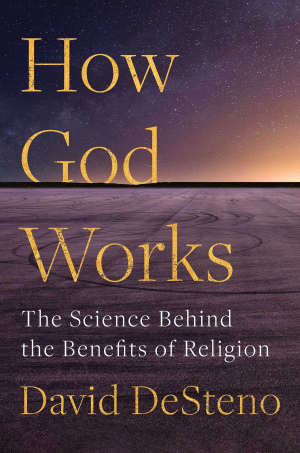 [W]hen it comes to morality, the power of religion is more in the doing than in the believing. Studies of religion and health show that identifying with a religion—saying you believe in God or going to worship once a year on Easter or Yom Kippur—means very little. Epidemiological research shows that it is people who live their faith, regularly going to services and engaging in their religion’s rituals, who tend to live longer, healthier and happier lives.

In most faiths, being religious isn’t just defined by a creed but by rituals and practices that permeate daily life. When we pray and sing together, listen to readings from scripture, or give offerings and blessings of thanks to God, our minds and bodies aren’t passive. They’re subtly being nudged toward virtue.

Take giving to charity. A large-scale 2017 study by Indiana University’s Lilly Family School of Philanthropy [Special Report on Giving to Religion] showed that in the U.S., 62% of religiously active households gave to charity, with an average donation of $1,590. By contrast, only 46% of nonreligious households give, with an average donation of $695. And increased attendance at religious services is associated with increased generosity.  ...

[W]hen people feel gratitude, elevation and compassion more frequently, they become more moral in general. While this might seem at odds with the commonly held view that qualities like honesty or generosity are stable personality traits, scientists now recognize that morality is really more of a moment-to-moment balancing act between competing motives. From about the age of 7 onward, children spend a good deal of time learning how to exert self-control so they can inhibit their less-than-noble desires.

And it’s here that doing religion helps. During a moment of temptation, belief that God is watching you is difficult to ignore when you’ve been regularly reminded of this fact through prayers and rituals. That’s why people who believe in God often work harder to resist temptation the more they practice their faith. This kind of religious influence isn’t easy to replicate in a secular context, since no parent or other authority figure is as all-knowing as God.

But the other way religion strengthens morality, through cultivating moral feelings, can work equally well in a secular context. When Christians say grace before meals or when Jews recite a prayer to give thanks to God upon awakening, they’re evoking gratitude. Parents can do the same with their children by setting aside time to reflect with them on things for which they’re grateful. Listening to readings about saints or other holy people at services can inspire elevation; so can hearing stories about great leaders and humanitarians. Meditation at a Buddhist retreat can grow compassion; using a secular meditation app does the same. The key is just to do it frequently. By making time for secular rituals like these, parents can use some of the most powerful tools of religion to build their children’s moral character.

For more on How God Works: The Science Behind the Benefits of Religion (2021), see here.