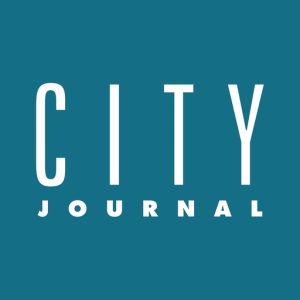 The transformation of the legal profession marks a fundamental change in American democracy. In the republic’s early days, lawyers provided ballast for stability and served as an anchor against excessive populism. The judiciary’s sober attachment to formal order was a primary reason for giving it the power to review the constitutionality of legislation. Law was the profession most likely to preserve the enduring framework of republican government against the mutable passions of the hour.

Nowadays, lawyers are a force for often-radical progressive change. Nothing symbolizes that shift better than the American Bar Association. Once an embodiment of conservatism, it has been captured by the Left. Its resolutions at its annual meeting constitute a wish list of Democratic Party proposals. It also deploys its influence in the accreditation process of law schools to make them even more monolithically left-wing than they already are.

The reasons for the shift lie, at least in part, in the reorientation of lawyers’ interests. Since the birth of the modern regulatory state, lawyers are no longer primarily the allies of commercial classes, as they were in the early republic, but instead the technocrats and enablers of regulation and redistribution. The more the nation intervenes in economic affairs to regulate and redistribute, the greater slice of compliance costs and transfer payments lawyers can expect to receive. Thus, they cannot be counted on as supporters of property rights or even of a stable rule of law. Their interest lies frequently in dynamic forms of legal transformation and the uncertainty they bring. Far from supporting a sound, established social order, they are likely to seek to undermine it. Only an ideological attachment to older forms of legal orders, like that which Federalist Society members manifest, can call lawyers back to the essential role they play in the civic life of our republic. ...

he ABA helps reinforce and expand the Left’s power chiefly through its influence in accrediting law schools. The ABA’s involvement in the accreditation process initially focused on the issue of greatest concern to lawyers: making sure that they were paid comparably with doctors! Thus, the ABA imposed on law schools limits on how many hours law professors could teach. Two decades ago, the Justice Department upended this cozy arrangement, seeing it as facilitating a cartel that drove up prices for students. As part of a consent decree, the ABA agreed not to impose requirements that affected salaries and certain other economic matters. The result also shifted proposals for accreditation to the Council on Legal Education. But the council’s independence from the ABA is attenuated. Its head is approved by the ABA president, and most of its members are ABA lawyers, with a strong representation of professors. The ABA can still reject the accreditation standards. The consent decree has not prevented ABA influence, in other words, but merely redirected it.

Now that the lawyers’ guild cannot openly mandate policies to advance its members’ immediate economic interests, it has switched to imposing requirements that reflect the predominant ideology of the profession. Just this year, the council has strengthened its requirements for race- and ethnic-based hiring of faculty, making clear that law schools may henceforth be compelled to take such considerations into account, unless they are in jurisdictions that explicitly forbid such hiring. The requirement offers fresh confirmation of how far the organized bar will go in using its influence for a progressive-favored cause. Even under current precedent that the Supreme Court will reconsider next year, the requirement would be illegal: the Court has approved racial preferences for student admissions but not for faculty hiring. And regardless of the standard’s legality, it is a striking abuse of political power for an accreditor to mandate a policy nationwide that voters have rejected in almost every statewide referendum on racial and gender preferences.

The rule will be almost certain to push law schools even further left. A recent study by Harvard and University of Chicago researchers found that many law schools currently lacked any substantial representation of conservatives and that professors from racial and ethnic minority backgrounds (as well as female professors) tended to be more left-wing than the median professor. Preferences in hiring would thus likely reduce law schools’ already-limited ideological diversity.

The new standards also require that a law school shall provide training and education to law students on bias, cross-cultural competency, and racism at the start of the program of legal education, and at least once again before graduation. This requirement breaks new ground by telling law schools that a social problem is so important that it must be addressed, even if not directly related to the subject of law. As a group of senior Yale law professors, not one a conservative, observed about the reality of this standard: “The new proposed requirements . . . attempt to institutionalize dogma, mandating instruction in matters that are unrelated to any distinctively legal skill.” Law schools already have a woke atmosphere because they are part of universities. The ABA is helping to ensure that they become even more of an ideological bubble.