From tax years 2010 to 2019, audit rates of individual tax returns decreased for all income levels. On average, individual tax returns were audited over three times more often for tax year 2010 (about 0.9 percent) than for tax year 2019 (0.25 percent). Audit rates for taxpayers with incomes of $200,000 and above decreased the most, largely because higher-income audits tend to be more complicated and require auditors to manually review multiple issues, according to IRS officials. Because audit staffing has decreased, IRS cannot conduct as many of these audits, compared to lower-income audits, which are generally less complex and involve more automated processes. In addition, IRS officials stated that the number of returns filed by higher-income populations is growing, meaning more audits are needed to achieve the same audit rate.

Although audit rates decreased the most for higher-income taxpayers during this time period, IRS continued to audit higher-income taxpayers at higher rates than lower-income taxpayers, in general. However, IRS audited taxpayers claiming the Earned Income Tax Credit (EITC) at a higher rate than average (see fig. 1, using tax year 2019 as an example). IRS officials explained that EITC audits are limited in scope and historically have high rates of improper payments and therefore require a greater enforcement presence. 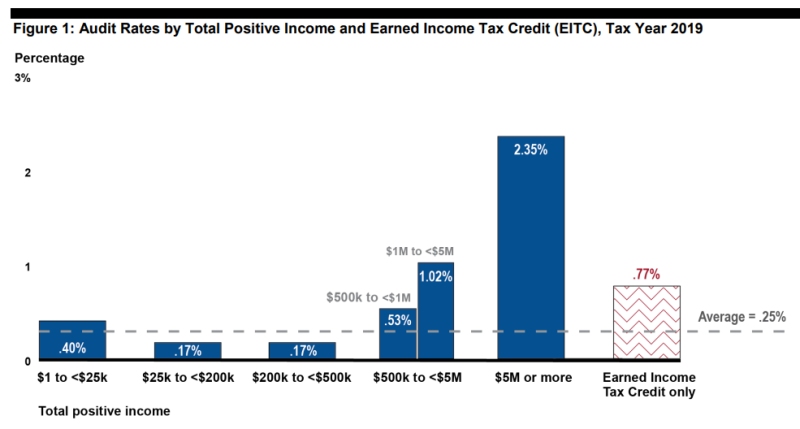 Audits of the lowest income taxpayers, particularly those claiming the EITC, resulted in higher amounts of recommended additional tax per audit hour compared to all but the highest income group. 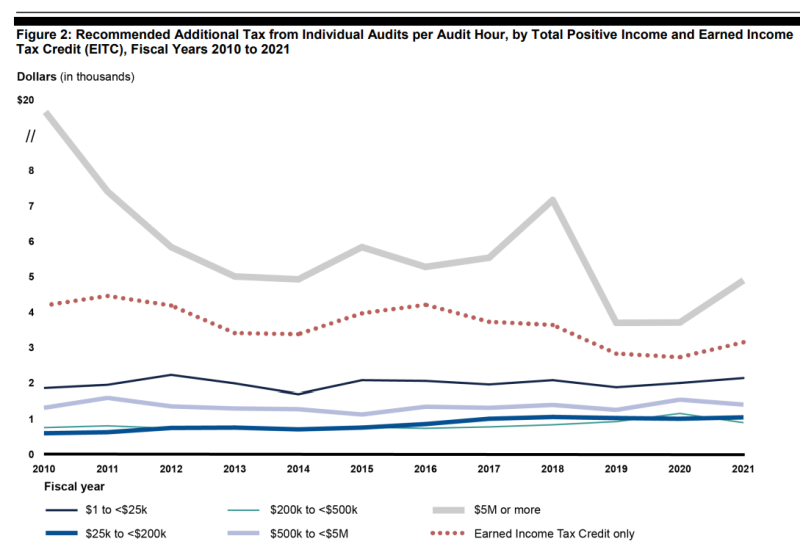