A Critical Review Of Tax The Rich! And The Patriotic Millionaires

Michael Conklin (Angelo State; Google Scholar), We Must Raise Taxes on the Rich: A Critical Review of Tax the Rich! and the Patriotic Millionaires: 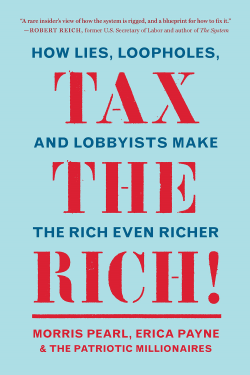 At the 2021 Met Gala, Alexandria Ocasio-Cortez sparked controversy by wearing a “Tax the Rich” dress. Afterward, AOC championed the race of the dress designer and accused her critics of being sexist, while her critics pointed to the irony of such a message at a $30,000-a-ticket event designed to support the interests of the ultra-rich. But these points are largely irrelevant when considering if taxes on the rich should be increased. This is unfortunately also the level of discourse present in the book Tax the Rich! How Lies, Loopholes, and Lobbyists Make the Rich Even Richer. Anyone reading this book in an effort to better understand the arguments for and against raising taxes on the rich will be disappointed, as it largely provides neither. This review critiques the book for selectively omitted information, ignoring incentivization effects, and the appeal to emotion by villainizing the rich. These critiques provide a better understanding of the legitimate arguments for and against raising taxes on the rich and point to potential hypocrisy in groups such as the Patriotic Millionaires.

Conclusion
This review does not argue against raising taxes. An intelligent debate can be had on that issue; this review just points out that the book does not contribute toward such an occurrence. The book’s omission of counterarguments, appeals to emotion by villainizing the rich, and the lack of evidence in favor of their position contributes little to such a debate.