It’s been a rough couple of weeks for students at Yale Law School, who are responding to news that the Supreme Court may overturn Roe v. Wade with calls to accost their conservative classmates through "unrelenting daily confrontation" and toss the Constitution by the wayside.

Members of the law school’s conservative Federalist Society, first year law student Shyamala Ramakrishna said in an Instagram post, are "conspirators in the Christo-fascist political takeover we all seem to be posting frantically about." Why, she asked, are they still "coming to our parties" and "laughing in the library" without "unrelenting daily confrontation?" 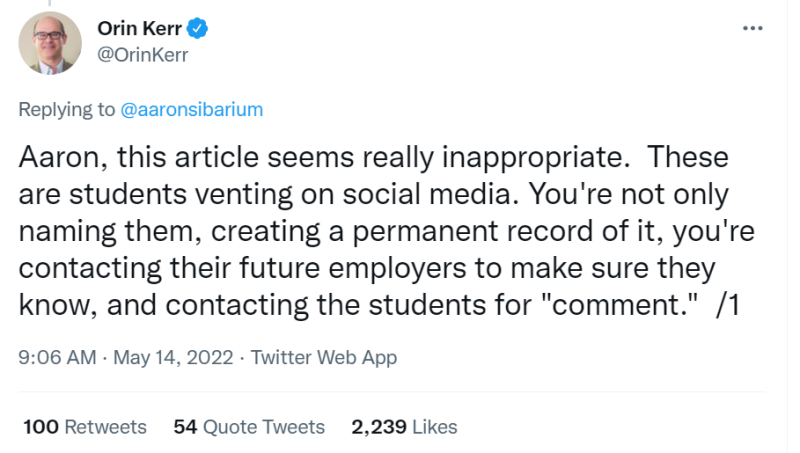 I can’t condemn Aaron for doing what he did. This is newsworthy. The students have no claim to privacy. And what they wrote is both disturbing and fundamentally inconsistent with what one would expect of any law student, no less a Yale law student. And still, I share Orin’s sense that this has gone too far, been too harmful and that too many young lives have become casualties of the culture war.