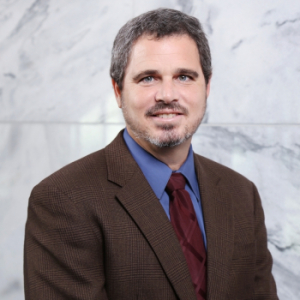 In 1993, Congress enacted a new tax break, the qualified small business stock (QSBS) exclusion, intended to benefit small businesses.  As originally enacted, the QSBS exclusion allowed shareholders of C corporations that operated small businesses to exempt up to 50 percent of their gains when they sell their shares.  For roughly the first fifteen years of its existence, however, the QSBS exclusion was of relatively modest benefit, at best, to investors.  From 2009 to 2015, the exclusion percentage was repeatedly temporarily increased to 100 percent but because the increases were scheduled to quickly expire, the QSBS exclusion was unlikely to have significantly altered investment decisions.  Eventually, on December 19, 2015, Congress permanently increased the exclusion percentage to 100 percent.

Because the exclusion requires that QSBS be held for at least 5 years prior to sale, stock that was first acquired shortly after the enactment of the permanent increase recently became eligible for full exclusion.  As a result, the QSBS exclusion is now getting the attention it deserves.  Most of the attention is from tax advisors extolling the virtues of the tax break.  This article instead examines the QSBS exclusion from a neutral perspective, concluding ultimately that despite Congress’s lofty goals to benefit small businesses, the exclusion is an utter tax policy disaster.  It fails to provide any tax benefits whatsoever to the overwhelming vast majority of small businesses, while lavishing nearly all of its rewards on a relatively small subset of ultrarich investors.  Furthermore, the exclusion has little if any positive incentive effects.  The result is a raw windfall that is bestowed on taxpayers who have the least need for it.  Making matters worse, the provision is exceptionally complicated and ridden with loopholes, which are routinely exploited to provide tax relief beyond that which Congress could have possibly intended.

This article proceeds as follows.  Part II explains the convoluted history and evolution of the exclusion.  Part III then describes the very intricate technical mechanics of the QSBS exclusion.  Because the QSBS exclusion requires an investor to acquire C corporation stock, rather than partnership interests or S corporation stock, the exclusion could play a significant role in the choice of entity decision by a new business.  Part IV analyzes the impact of the exclusion on choice of entity decisionmaking, ultimately concluding that the exclusion will typically not cause founders of new companies to favor the C corporation form.  As a result, the exclusion mostly benefits those new businesses that idiosyncratically prefer the C corporation form even before the QSBS exclusion is considered.  In general, only startups who seek venture capital financing from angel investors and venture capital funds have this idiosyncratic preference.  Accordingly, the QSBS exclusion, while appearing on its face to benefit small businesses writ large, in fact mostly benefits the VC industry and its various participants.  Part V critiques the QSBS exclusion and proposes options for reform.  First, it explains that a subsidy narrowly targeted at the VC industry is misguided and wasteful because VC funds already have a glut of investment capital; therefore, there is little need to encourage further VC investment.  Absent any positive incentive effects, the provision acts essentially as a windfall to taxpayers who are lucky enough to happen to be positioned to receive it.  In light of the existing wealth of VC industry participants, this windfall is problematic from a distributional perspective as well.  Therefore, the principal recommendation is to simply eliminate the QSBS exclusion as it currently exists and, if Congress still wishes to benefit small businesses, to start over with a brand new approach. Second, in the event this argument is not fully persuasive, Part V goes on to provide technical reforms that would improve the functioning of the exclusion, while eliminating (or at least mitigating) the loopholes that currently exist.