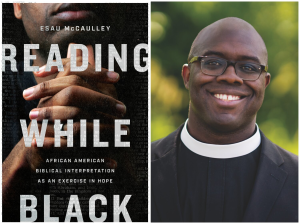 It’s common, even in Christian circles, to think of the afterlife as a disembodied bliss in a paradise filled with naked baby angels tickling the strings of harps as our souls bounce from cloud to cloud. But Christianity has never taught a disembodied future in heaven. Our beliefs are more radical.

We believe that one day the entire created world will be transformed to become what God always intended it to be: free of pain, death and sorrow. It will be an earth that still contains some of the things of this life: food, art, mountains, lakes, beaches and culture. There will be hip-hop, spirituals, soul music and grits (with cheese, salt and pepper — not sugar) in the renewed creation. Christians believe that our bodies will be resurrected from the dead to live in this transformed earth. Like the earth itself, these bodies will be transfigured or perfected, but they will still be our bodies.

All of this — the painful, unjust reality of bodily suffering and death in this world and the glorious embodied future that will come in the next — is on my mind as I prepare to observe Good Friday and celebrate Easter. The last few years have borne witness to an overflow of Black suffering. ...

Physical suffering ... is also at the core of the Christian story. Good Friday, the day when Christians remember Jesus’ crucifixion, highlights what happened to his body. It was mutilated and put on display. Crucifixion was a tool of Roman imperial terror, a practice largely reserved for slaves, non-citizens or those convicted of high crimes such as treason. It was intended to remind the disinherited about the power that the state had over the bodies of all under its dominion.

James Cone’s important work of theology The Cross and the Lynching Tree connects the crucifixion of Jesus with the lynching of Black bodies: both are manifestations of evil inflicted as a means of control. Since the time of the hush harbors, Black Christians have found solace in the idea that the God they worshiped knew the trouble we’d seen. He experienced it himself. The hip-hop artist Swoope said, “Christ died in the Blackest way possible, with his hands up and his momma there watching him."

But the story of Jesus does not end with his death. In the Gospels, Jesus claimed that he had power over death. Christians believe his resurrection vindicated that claim. The body that God raised was the same body that was on the cross. After his resurrection, Jesus’ disciples recognized him. They ate and talked with him. His body was transformed and healed, no longer subject to death, but it still had the wounds from his crucifixion. There was continuity and discontinuity with the person they knew.

Jesus’ resurrection has implications not just for his body, but for all bodies subject to death. Christians believe that what God did for Jesus, he will do for us. The resurrection of Jesus is the forerunner of the resurrection of our bodies and restoration of the earth. There are endless debates and speculations about what type of bodies we will have at the resurrection. Will we all receive the six-packs of our dreams? Will we revert to the bodies we had in our 20s? I do not find these questions that intriguing. What is compelling to me is the clear teaching that our ethnicities are not wiped away at the resurrection. Jesus was raised with his brown, Middle Eastern, Jewish body.

When my body is raised, it will be a Black body. One that is honored alongside bodies of every hue and color. The resurrection of Black bodies will be the definitive rejection of all forms of racism. At the end of the Christian story, I am not saved from my Blackness. It is rendered everlasting. Our bodies, liberated and transfigured but still Black, will be the eternal testimony to our worth. ...

I am often asked what gives me hope to go on, given the evil I see in the world. I find encouragement in a set of images more powerful than the photos, videos and funerals chronicling Black death: the vision of all those Black bodies who trusted in God called back to life, free to laugh, dance and sing. Not in a disembodied spiritual state in some heavenly afterlife but in this world remade by the power of God.

This is the hope that had Black Christians throwing their bodies at wave after wave of anti-Black racism so that their children, even if only for a moment, might rest awhile on the shore. For them, belief in God’s power over death fueled their resistance. It may be a fool’s hope, but I believe that their struggle was not in vain. I trust that all those bodies engulfed in the sea of hatred will one day play with their descendants on a beach, singing the songs of Zion with no more waves to threaten them.

Other op-eds by Esau McCaulley: