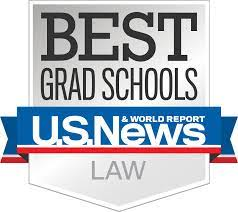 In 2020, novel research was conducted to measure whether, and to what extent, conservative law schools are punished and liberal law schools are rewarded in the U.S. News & World Report peer rankings. The study found a drastic conservative penalty and liberal bonus that amounted to a difference in the peer rankings of twenty-eight spots. This Article updates the research using the latest political affiliation data and the most recent 2023 rankings data. The updated results produce an astounding thirty-two-place difference in the peer rankings attributable to political ideology. This increase from the 2020 research elicits discussion regarding the effects of recent societal changes in polarization and civility.

While the magnitude of ideological bias discovered in this study may be surprising, the notion that law school deans—consciously or otherwise—apply a conservative penalty and liberal bonus when ranking law schools is not surprising. The political ideologies of law school deans are likely comparable with those of law school faculty—which are highly disproportionately liberal. Political ideology is a significant factor that affects how people interpret information. Just as a conservative may view a liberal law school with heightened skepticism, it appears liberal law school deans view conservative law schools in this same way. Recent polarizing events such as the January 6 Capitol attack, COVID-19, and the Black Lives Matter movement are ideal candidates for why this ideological bias has increased since the 2020 study.

This Article documents the harm to conservative professors, law students, and society at large from ideological bias in law school rankings. Fortunately, there is a simple solution to the problem. Removing the peer score from the overall rankings calculation will reduce such harm while providing the benefits of better informing prospective law students, reducing inefficiencies in the hiring market, and contributing to greater ideological diversity in law schools and legal scholarship.