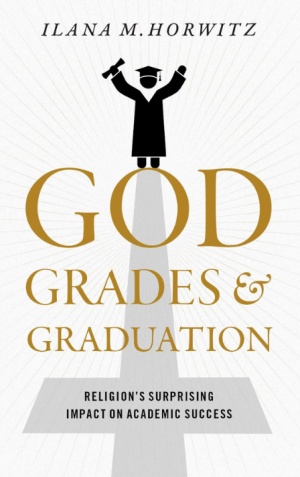 As a sociologist of education and religion, I followed the lives of 3,290 teenagers from 2003 to 2012 using survey and interview data from the National Study of Youth and Religion, and then linking those data to the National Student Clearinghouse in 2016. I studied the relationship between teenagers’ religious upbringing and its influence on their education: their school grades, which colleges they attend and how much higher education they complete. My research focused on Christian denominations because they are the most prevalent in the United States.

I found that what religion offers teenagers varies by social class. Those raised by professional-class parents, for example, do not experience much in the way of an educational advantage from being religious. In some ways, religion even constrains teenagers’ educational opportunities (especially girls’) by shaping their academic ambitions after graduation; they are less likely to consider a selective college as they prioritize life goals such as parenthood, altruism and service to God rather than a prestigious career.

However, teenage boys from working-class families, regardless of race, who were regularly involved in their church and strongly believed in God were twice as likely to earn bachelor’s degrees as moderately religious or nonreligious boys.

Religious boys are not any smarter, so why are they doing better in school? The answer lies in how religious belief and religious involvement can buffer working-class Americans — males in particular — from despair. ...

The academic advantage of religious working-class children begins in middle and high school with the grades they earn. Among those raised in the working class, 21 percent of religious teenagers brought home report cards filled with A’s, compared with 9 percent of their less-religious peers. Grades are also the strongest predictor of getting into and completing college, and religious boys are more than twice as likely to earn grades that help them be competitive for college admissions and scholarships. ...

Theological belief on its own is not enough to influence how children behave. Adolescents must believe and belong to be buffered against emotional, cognitive or behavioral despair. I found that religion offers something that other extracurricular activities such as sports can’t: It prompts kids to behave in extremely conscientious and cooperative ways because they believe that God is both encouraging and evaluating them.

The surprising ways in which a religious upbringing shapes the academic lives of teens
It's widely acknowledged that American parents from different class backgrounds take different approaches to raising their children. Upper and middle-class parents invest considerable time facilitating their children's activities, while working class and poor families take a more hands-off approach. These different strategies influence how children approach school. But missing from the discussion is the fact that millions of parents on both sides of the class divide are raising their children to listen to God. What impact does a religious upbringing have on their academic trajectories?

Drawing on 10 years of survey data with over 3,000 teenagers and over 200 interviews, God, Grades, and Graduation offers a revealing and at times surprising account of how teenagers' religious upbringing influences their educational pathways from high school to college. Dr. Ilana M. Horwitz estimates that approximately one out of every four students in American schools are raised with religious restraint. These students orient their life around God so deeply that it alters how they see themselves and how they behave, inside and outside of church.

This book takes us inside the lives of these teenagers to discover why they achieve higher grades than their peers, why they are more likely to graduate from college, and why boys from lower middle-class families particularly benefit from religious restraint.

But readers also learn how for middle-upper class kids—and for girls especially—religious restraint recalibrates their academic ambitions after graduation, leading them to question the value of attending a selective college despite their stellar grades in high school. By illuminating the far-reaching effects of the childrearing logic of religious restraint, God, Grades and Graduation offers a compelling new narrative about the role of religion in academic outcomes and educational inequality.

"God, Grades, and Graduation shows just how complex the relationship between religion and class is today by making the point that religion helps some youth achieve while truncating others' imagined futures. This is a must read for scholars of religion, education, or class mobility more generally." — Melissa Wilde, Professor of Sociology, University of Pennsylvania

"In this beautifully written book, Horwitz demonstrates that religion has a powerful but mixed impact on education. She shows that intensely religious students tend to be more conscientious and cooperative, which leads them to overperform in educational attainment and undermatch in college choice. Compared to peers, they get higher quantity and lower quality of education. Everyone with an interest in the sociology of education should read this study." — David Labaree, Lee L. Jacks Professor, Emeritus, Stanford University

"Religion isn't just about prayer and worship. It exerts fascinating causal consequences in many 'secular' spheres. Ilana Horwitz's story of religion's influence on educational achievement shows not only that this happens but also how and why. Anyone interested in education or religion or simply the forces that make social life work will benefit from reading her story." — Christian Smith, author of Religion: What it Is, How it Works, and Why it Matters

"Sharp, engaging, and extremely well-presented, Dr. Horwitz's work offers a much needed, impressively rigorous analysis of the surprising intersections of religiosity and education in the USA. Both as a parent and a professor, I found this book fascinating." — Phil Zuckerman, author of Society Without God and What It Means to be Moral