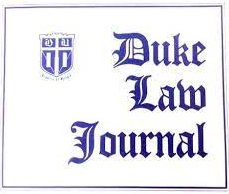 Recent reporting based on leaked tax returns of the ultra-rich confirms what experts have long suspected: for the wealthiest Americans, paying taxes is optional. Some of the country's richest have reported annual incomes that would be modest for a school teacher, even as the hare of wealth held by the top .1% is at its highest in nearly a century.

Experts have long understood that one problem sits at the root cause of many of the tax system's failures to reach the very rich: valuation. Because it is difficult to appraise complex or unique assets, modern tax systems instead wait until an asset is sold to impose tax. In combination with an American rule that wipes away income tax on inherited profits, and a highly porous estate tax system, this "realization" approach has deeply undermined U.S. efforts to tax extreme wealth.

This Article proposes a new approach: governments should take payments from the wealthy in the form of notional equity interests, which we call "ULTRAs," for unliquidated tax reserve accounts. Simply put, the ULTRA is economically equivalent to a government claim on a portion of the stock of a business, but because it is "notional" it does not provide the tax authority with any governance rights or minority shareholders protections. Because the ULTRA represents a set share of an asset, whatever that asset's worth, it does not require valuation.

We explain how the ULTRA proposal builds on existing components already in use by wealth taxes around the globe, as well as prior academic proposals. By combining select features from predecessors, the ULTRA addresses many of the shortcomings those tools face individually. For example, unlike the "retrospective" system proposed by the economists Alan Auerbach and David Bradford, the ULTRA solution ensures that taxpayers who expect to outperform the market with their investments will still have no incentive to delay paying tax.

We then set out a variety of ways in which ULTRAs can be used to close the loopholes that wealthy taxpayers use to minimize their tax burdens. Most obviously, our proposal helps to make an annual tax on extreme wealth viable, and we detail how the ULTRA features in our proposal, developed more comprehensively elsewhere, for a state-level wealth tax. ULTRAs can also be used to reform the income tax system, most ambitiously as in the recent Billionaires Income Tax proposal to eliminate the "realization" approach for the very rich. We also show that valuation is at the core of many other common income-tax dodges, and detail ways that ULTRAs can be used to curtail them.