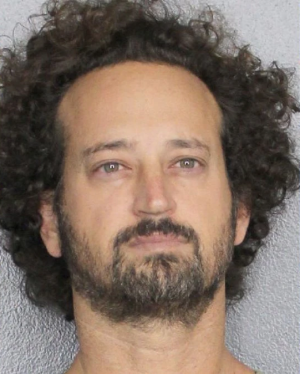 Nearly eight years after FSU law professor Dan Markel was gunned down in his Betton Hills garage by hired hitmen, his former brother-in-law has been arrested in connection with his brazen, broad daylight murder.

Charlie Adelson was booked, according to Broward County Jail records, on charges of first degree murder, conspiracy to commit murder and solicitation of murder. The 45-year-old was taken into custody "without incident" Thursday morning at his home by the FBI.

It was a bombshell development in one of the capital city's most infamous murder cases — one that has been chronicled for years by the Tallahassee Democrat and around the globe and on true crime drama television shows ranging from "Dateline" to "20/20."

Leon County State Attorney Jack Campbell told the Tallahassee Democrat that the key new evidence was newly enhanced audio of a secretly recorded conversation between Magbanua and Adelson at a Miami restaurant in 2016.

The recording purports to capture the two discussing the case, months before any arrests were made. The discussion, which was raised at previous trials, was prompted by an event a day earlier. A day earlier, an undercover FBI agent, posing as a gang member and cohort of the hitmen, had approached Adelson’s mother on the street.

“We’ve been able to hear things from the ... video that we weren’t able to hear until this most recent enhancement,” Campbell told the Democrat. “We’ve never stopped working it and we appreciate the efforts of all of our law enforcement partners.”

WCTV has requested a copy of the newly enhanced recording and the accompanying transcript. Below, you’ll find a clip of the FBI’s original recording.