Daniel Schaffa (Richmond) presents The International Equity Case for a Wealth Tax at Florida State today as part of its Law and Business Speaker Series hosted by Jeffrey Kahn: 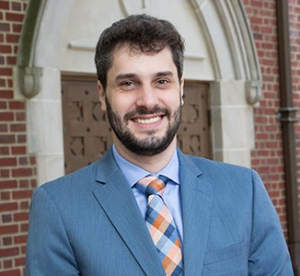 Intergenerational equity is commonly set aside in favor of other policy objectives, perhaps because of the extreme challenges inherent in adopting and applying an intergenerational equity normative framework. Even when there is a near consensus that the choices of today will have substantial costs in the future, these costs are often downplayed or disregarded. This Article asks whether there are measures that might offer redress to a generation for the costs imposed on it by its predecessors and finds that a one-time wealth tax is a promising option. Although its analysis applies more generally, this Article focuses on the widely understood intergenerational consequences of unsustainable deficits. While there is little evidence to suggest that the U.S. government’s current debt is near a crisis level, there is widespread concern about the pace at which the debt is growing. Eventually the rate at which the U.S. borrows must slow. When this happens, the government is likely to raise taxes, and the taxpayers affected will bear the burden of their predecessors’ deficit spending.

If the tax increase is substantial and sudden, the newly burdened taxpayers may be worse off than their predecessors, and there will be a violation of intergenerational equity. This Article shows that the burden of a one-time wealth tax would be distributed approximately proportionally to the benefit that taxpayers, during the era of unsustainable deficits, derived from those deficits. In doing so, this Article offers a novel justification for wealth taxes: to restore intergenerational equity.