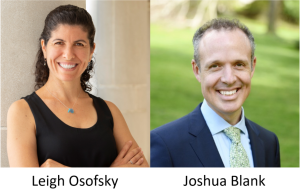 The co-existence of formal and informal law is a hallmark feature of the U.S. tax system. Congress and the Treasury enact formal law, such as statutes and regulations, while the Internal Revenue Service offers the public informal explanations and summaries, such as taxpayer publications, website frequently asked questions, virtual assistants, and other types of taxpayer guidance. Throughout the COVID-19 pandemic, the IRS increased its use of informal law to help taxpayers understand complex emergency relief rules implemented through the tax system.

In contrast to many other legal scholars who have examined important administrative law issues regarding informal tax guidance, in this Article, we reframe the topic as a social justice issue. We argue that the two tiers of formal and informal law in the U.S. tax system systematically disadvantage taxpayers who lack access to sophisticated advisors. This imbalance occurs irrespective of whether the IRS’s informal law contains statements that, if taxpayers followed them, would be taxpayer favorable or unfavorable. When the guidance contains taxpayer-favorable positions, the IRS is not legally bound by these positions and, during an audit, can contradict or ignore them. But when the guidance contains taxpayer-unfriendly positions, taxpayers who rely on them are bound to these interpretations as a practical matter. Worse yet, these taxpayers have almost no protection against tax penalties for incorrect positions that they claim based on the IRS’s tax guidance. By contrast, taxpayers who can access and apply the formal sources of tax law, such as the Internal Revenue Code and Treasury regulations, often through lawyers, are in a significantly better strategic position. They can rely on binding law, they can try to take the most advantageous positions possible, and if they meet a relatively low bar of reasonableness, they will have penalty protections in doing so.