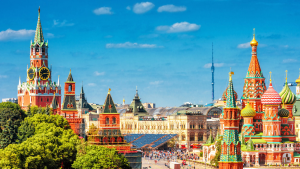 The Internal Revenue Service is pressing Congress to devote more resources to the agency as it takes an increasingly central role in the Biden administration’s efforts to prevent Russia and its oligarchs from evading the punishing sanctions that the United States has imposed.

Aides to Charles P. Rettig, the I.R.S. commissioner, told congressional staff on Wednesday afternoon that the agency’s criminal investigations unit, which has 3,000 employees, needs to grow about 40 percent over the next five years. It wants a net gain of about 1,300 after attrition. That could require Congress to invest more than $5 billion in the agency, which is trying to oversee a sprawling sanctions program and coping with evasion tactics that have become more sophisticated as a result of the proliferation of digital assets.

The Biden administration had already pushed to bolster the I.R.S., including asking Congress to increase its budget by $80 billion over 10 years in an attempt to crack down on tax cheats. That effort has faced resistance from Republicans, who have historically tried to starve the agency of money. The Treasury Department, which oversees the I.R.S., has not previously specified the need for funds for the criminal investigations division.

Finding support for more money for the I.R.S. will not be easy. An agency official said Republicans had blocked a request for more criminal investigation funds in the spending bill that Congress passed last week.

In a report circulated among members of Congress that was reviewed by The New York Times, the I.R.S. said it needed additional resources because the criminal investigations team had been asked to assist with interagency efforts to enforce sanctions related to Russia’s invasion of Ukraine. The agency asserted that investing in the division would pay off, noting that its current $600 million annual budget allowed it to identify $10.4 billion in tax fraud and financial crimes last year.

“Working with law enforcement entities across government, the I.R.S. is already in the process of investigating Russian oligarchs and those who facilitate the illegal movement of money or assets on their behalf,” the report said.

The I.R.S. has been involved in more than 20 investigations related to money laundering by oligarchs since 2017, working with other law enforcement agencies to track assets and seize property, the report said.