Lesson From The Tax Court: Generally Is Not Always—Or—That’s The Way The Ball Bounces 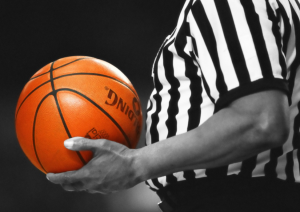 We law professors are often accused of hiding the ball of legal analysis.  Teaching the basic tax law course presents a particular challenge because of the multiplicity of statutory rules that the ball bounces against.  We try to teach students the general rules of what constitutes income, what gets allowed as deductions, when both must be reported and who must report them.  That’s the stuff of the basic course.   We try to spare them from having to learn all the various exceptions and special cases that hit the ball on its journey.

Methods of tax accounting are a case in point.  Generally, taxpayers choose their method of accounting.  That's good enough for the basic tax course.  But generally is not always.  Practitioners need to be able to follow the ball as it bounces around the various timing statutes.  They not only need to know the general accounting rules, they must always be sensitive to the exceptions and the exceptions to the exceptions, and the gaps between all the exceptions!

In Hoops LP v. Commissioner, T.C. Memo. 2022-9 (Feb. 23, 2022) (Judge Nega), the taxpayer was an accrual-method taxpayer.  It sold a basketball team.  It then attempted to deduct $10 million in accrued but unpaid deferred compensation obligations, relying on a general rule for accrual-method taxpayers, albeit one buried in the regulations.  The Tax Court found, however, that the ball landed on a different statute, one forcing accrual-method taxpayers into the cash-method of accounting for deferred compensation deductions. It thus sustained the IRS’s disallowance of the deduction.   That’s just the way the ball bounces.

Law: Forced Matching of Tax Accounting Methods
This is a lesson on timing, so it would be useful to have a little background on fundamental timing rules in tax.  The Supreme Court long ago explained the need for timing rules this way: “[i]t is the essence of any system of taxation that it should produce revenue ascertainable, and payable to the government, at regular intervals.”  Brunet v. Sanford & Brooks, 282 U.S. 359, 365 (1931).

Generally the regular intervals are yearly ones.  §441(a).  Congress wants to collect income tax on a yearly basis from all taxpayers.  Taxpayers generally get to choose their how they want to account for their income and deductions within that period. §446(c).  But generally is not always.  Congress sometimes forces certain taxpayers to use a particular method, like certain farmers, for example. See §447(a).

The two predominant methods of accounting are cash and accrual.  Cash method taxpayers generally report income in the year in which they actually receive an item of income. §451(a).  Similarly cash method taxpayers generally are entitled to deductions in the taxable year in which the deductible expenditures are actually paid.   But generally is not always.  Congress sometimes forces accrual method on them to report income not actually received but to which they are entitled, under what is known as the doctrine of constructive receipt. See Classic Lesson From The Tax Court: When Hornung Won The 'Vette, TaxProf Blog (Aug. 13, 2018).

In contrast to cash method, accrual method taxpayers generally report income when all events have occurred to fix their right to an ascertainable amount, whether or not they have actually received that amount, e.g. the "all events test." See Treas. Reg. 1.451-1(a).  But generally is not always.  Congress sometimes forces them into a cash method position as when, for example, they receive payments in the current year for the provision of services in future years. §451(c).

For deductions, accrual method taxpayers have an additional requirement called economic performance.  It is not enough that all the events occur to create an obligation to pay an ascertainable sum.  In addition, there must generally be an actual provision of the services, property, or use of property that create the obligation to pay.  The gnarly rules are in Treas. Reg. 1.461-4.  And generally is not always.  For example, the economic performance for interest is simply as time goes by.  Treas. Reg. 1.451-4(e).

So what happens when a cash method taxpayer does business with an accrual method taxpayers?  Well, generally, nothing happens.  Each taxpayer follows their own method of accounting to report income items and take deduction items.  By now, however, you know that generally is not always.  Sometimes Congress forces taxpayers in a transaction to match methods of accounting as to that particular transaction.

The most notorious example of forced matching is probably §267(a)(2).  That provision forces an accrual-method taxpayer into a cash method of accounting when the taxpayer becomes obligated to pay a deductible expense to a related party who is a cash method taxpayer.  In those situations, the accrual-method taxpayer must wait to deduct their business expenses until such time as the accrual-method taxpayer actually makes a payment.  The Joint Committee's General Explanation for this change explains that "Congress believed that persons who are related should be required to use the same accounting method with respect to transactions between themselves in order to prevent the allowance of a deduction without the corresponding inclusion in income."  JCS 41-84 at 542 (Dec. 31, 1984).

Law: Deferred Compensation
When employers compensate employees, employees generally report the compensation as items of income.  Generally, however, is not always.  Employers and employees often agree to arrangements whereby the employer defers paying some amount of compensation earned until some future date, sometimes tied to the occurrence or non-occurrence of a future event.  Most of these deferred compensation agreements are governed by statutes.  See generally Subchapter D.

As to income, employees are generally allowed to avoid having to report deferred compensation as constructively received, so long as the deferred compensation agreement follows the rules relating to its type of agreement.  There are a variety of types of agreements.  For example, if the agreement qualifies under §401, then the agreement must follow those rules for the employee to defer income until actually received.  A catch-all bucket of rules for inclusion is over in §409A.  But all of these rules are beyond the scope of this post.  I beg forgiveness from sophisticated readers for any over-simplifications, but today’s lesson is just not about income items.

Today’s lesson is instead about the timing of deduction items and gives us another example of forced matching: the rules for deducting deferred compensation in §404.  Let’s take a look.

Facts:
Hoops LLC owned a basketball team, the Memphis Grizzlies.  Sure, everyone knew that Michael Heisley owned the team, but he did so through Heisley Member, Inc. which was the sole general partner of Hoops LLC.

Why 2012?  Well, because in 2012 Hoops LLC sold the Grizzlies to Memphis Basketball, LLC.  Sure, everyone knew that Robert Pera bought the team.  Pera at that time was one of the youngest billionaires—in the entire world.  But Pera did so through his entity, MB.  Let’s call them Buyer as Judge Nega does.

As part of the transaction, Buyer assumed Hoops’ liability to eventually pay Conley and Randolph their deferred compensation.  Although the accrued liability was at that time $12.6m, that was not the actual value of the liability because it was a future liability.  The parties agreed that the present value of Hoops being relieved of that payment obligation was $10.6m.  Hoops included that amount as part of its total Amount Realized (AR) of $420m.  Subtracting its Adjusted Basis of $120m resulted in taxable gain of $300m.  Yes, I’m rounding.

“If, in connection with the sale or exchange of a trade or business by a taxpayer, the purchaser expressly assumes a liability arising out of the trade or business that the taxpayer but for the economic performance requirement would have been entitled to incur as of the date of the sale, economic performance with respect to that liability occurs as the amount of the liability is properly included in the amount realized on the transaction by the taxpayer.”

Hoops quickly filed an amended return that reduced its taxable income by the $10.6m present value of the liability Buyer assumed.  It appears that Hoops attempted to take a §162 deduction for the $10.6m to offset the inclusion of that amount in its AR, under the authority of the above regulation.

On audit, the IRS disallowed the additional deduction taken on the amended return.  Hoops petitioned the Tax Court for review.  The Tax Court upheld the call.

Lesson: Forced Matching In Deferred Compensation.
Crucial to Judge Nega’s opinion is §404.  Section 404 deals with the deductibility of obligations to pay under a variety of deferred compensation plans.  Subsection (a) basically says that §404 is the exclusive set of rules for “contributions...paid by an employer to or under a stock bonus, pension, profit-sharing, or annuity plan, or...compensation...paid or accrued on account of any employee under a plan deferring the receipt of such compensation.”  Section 404(a) then sets up buckets of rules in various paragraphs for different types of deferred compensation arrangements.

Both Hoops and the IRS agreed that the deduction at issue here fell into the bucket of rules in §404(a)(5).  Those rules deal with what are generally terms nonqualified plans, which are those deferred compensation arrangements that do not qualify for treatment under the Employee Retirement Income Security Act (ERISA).

Section 404(a)(5) creates a forced matching rule, very much like the one found in §267.  Judge Nega explains it this way, closing tracking the words of the statute: an employer must wait to deduct its contributions to deferred compensation arrangements until “the taxable year of an employee in which the amount attributable to the contribution is includible in the employee’s gross income”  Op. at 8-9.

Conclusion: the critical point Judge Nega makes is that Hoops’ deductions for its Deferred Compensation obligations was governed by the specific rules in §404(a)(5), and not by the general rules for accrual method taxpayers in §461 (and regulations), including the economic performance rules.  Hoops was right that the regulation it found created a general rule that economic performance occurs when a buyer assumes unpaid obligations.  But generally is not always.  Ya gotta follow the bouncing ball.

Bryan Camp generally plays ball at the George H. Mahon Professor of Law at Texas Tech University School of Law.  He invites readers to return each week to TaxProf Blog for yet another Lesson From The Tax Court.