'Keep the Faith': How A Hostile Encounter With Yale Law Students Emboldened Me To Speak The Truth With Kindness

Following up on my coverage of the Yale free speech controversy (links below):  World Op-Ed:  “Keep the Faith”: How a Hostile Encounter With Yale Law Students Emboldened Me to Speak the Truth With Kindness, by Kristen Waggoner (General Counsel, Alliance Defending Freedom): 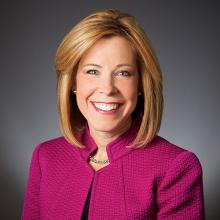 As the students filled the room holding signs and loudly protesting, someone passed a folded piece of paper up to me. I didn’t even see who it was. I could feel myself tensing up, and my legs were a bit shaky. It was hard to concentrate in the chaos of what was quickly becoming a volatile event.

The note was typewritten, anonymous, with Jesus’ words from John 15: “If the world hates you, understand that it hated me first. … As it is, you do not belong to the world, but I have chosen you out of the world.” Underneath it said, “Keep the faith. Good luck!”

There are a few moments in my legal career where I’ve known God had me somewhere for a particular reason. As I walked out of the Yale Law School classroom, escorted by police officers, I also knew that God had used the student who had written that message to give me courage and inspiration right when I needed it.

I try to say yes to every opportunity to talk about stewarding our freedoms, especially when I have an audience that may disagree with me. I also choose to enter hostile places to demonstrate that Christians not only think deeply about legal and societal issues, but they also engage with civility and not anger. That’s why I readily agreed when I was invited to Yale to participate in a bipartisan panel on the First Amendment.

I certainly didn’t think I’d be stepping onto friendly terrain, but I was dismayed by the volatility of the law students. A mob of around 120 students hurled insults and obscenities, shouted down the speakers, and entered and exited the room while chanting and pounding on the walls of the classroom. Audio and video clips (warning: the images and audio include obscene language) confirm what happened and even reveal threats to fight students from the Federalist Society, the group that invited me.

I was there representing Alliance Defending Freedom, where a key part of our mission is to “keep the doors open for the gospel.” I stood alongside my fellow panelist, a liberal atheist, representing the American Humanist Association, which uses the tagline “Good without a god.” In many ways, we couldn’t disagree more with each other on some of the most fundamental issues. But, significantly, we were there together to discuss the common ground we found in a U.S. Supreme Court case I had argued on protecting free speech at public colleges and universities. In essence, our discussion was meant to model how to engage in civil discourse in a polarizing world (and, no, the irony is not lost on me).

Instead, I witnessed a room full of our future lawyers, jurists, legislators, and corporate executives who would rather bang on walls and engage in name-calling and physical intimidation than have to engage with people and ideas they dislike. What makes it worse is that their future profession requires them to interact with opponents regularly. Even the American Bar Association recognizes civility “as a foundation for democracy and the rule of law” and urges lawyers “to set a high standard for civil discourse as an example for others. …” The ABA adds that “Public discourse lies at the heart of American democracy. People can and will have different views on matters of public concern, and it is the engagement of that diversity that is the political process.” ...

The truth is that none of us walks alone. We have the Holy Spirit who guides us, and we are joined by fellow believers around the world who are making courageous stands for Jesus, some so bold they’re laying down their lives so that the gospel may flourish. It might be easier to put our heads down and ignore this critical moment in our nation. But we cannot afford to do so. We must model civility and love but speak the truth. We must show up. May each of us be emboldened yet joyful amid adversity as we obey God’s call.

As my anonymous friend at Yale encouraged me: “Keep the faith.”