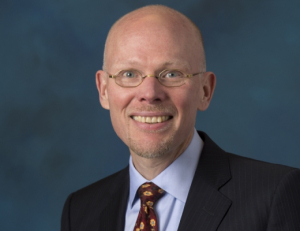 Taxes are often called a “necessary evil.” Some go further and liken taxation to legalized theft from—or, more provocatively, to the enslavement of—taxpayers. All this rhetoric about the evils of taxation naturally undermines support for the good that taxation can do when it distributes fairly the burden of creating the societal structures that make possible our individual and collective flourishing. More distressingly, however, this rhetoric ignores—and thus diminishes—the ways in which taxation actually can be woven into broader tapestries of societal oppression of subordinated groups. Tax and Racism redirects attention away from inflamed rhetoric about tax theft and tax slavery by examining a series of historical examples that demonstrate how taxation has been used for truly evil ends—namely, to advance racist projects that resulted in actual theft and slavery and even the destruction of human lives.

Proceeding chronologically, the book begins by opening a window on the role that taxation played in America’s “original sin” of racism by reinforcing and perpetuating the institution of slavery in colonial South Carolina. Next, the book examines Canada’s imposition of racist head taxes on Chinese immigrants that aimed to exclude them from the country after Canada had gotten its fill of exploiting them as a source of cheap labor to build the Canadian Pacific Railway in the late nineteenth century. In the final example, the book explores how taxation was used during the Holocaust to oppress the Jewish community in France under the Vichy regime as part of the Nazis’ racialized effort to exterminate them.

Connecting the past with the present, Tax and Racism concludes by considering the role that taxation should play in contemporary movements for reparations for these (and other) past wrongs. Furthermore, the conclusion underscores the importance of subjecting current tax laws to a critical gaze, because we must always remain alert to the lurking potential for the power of taxation to be used in service of societal evils—such as the racism explored throughout this book as well as sexism, homophobia, transphobia, and other forms of invidious discrimination.