Tallahassee Democrat, 'The Grief Is Like a Life Sentence': Ruth Markel, a Search For Justice and a Fight For Rights: 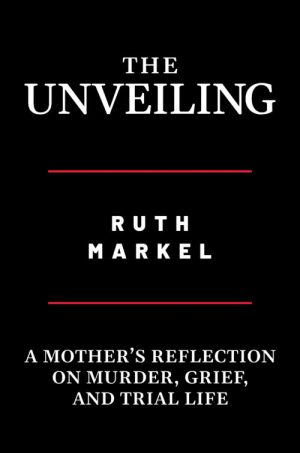 Ruth Markel believes that closure is just a word in the dictionary.

Since her son, 41-year-old Florida State law professor Dan Markel, was brutally killed in July 2014, painful words like murder and trial and conspiracy have been forced into her vocabulary. At the same time, Markel and her family have been denied access to their grandchildren.

It's been a heartbreaking journey to answer the ultimate question: Why?

“The big question that never goes away is, how could this happen?” Markel said in an exclusive video interview with the Tallahassee Democrat from her home in Toronto. The interview was the first time since appearing on several network television programs that she has spoken in depth about her son's death. ...

Markel, her daughter Shelly and Dan Markel’s father, Phil, will have to wait a little longer.

A Feb. 14 trial of Katherine Magbanua, one of three suspects indicted in connection with the murder, was postponed for the second time since September. Yet another trial date has been set for May 16. ...

Markel's grandsons live with Wendi Adelson in South Florida. Their last names were changed to Adelson to protect them from media coverage of their father's murder. Their visitation was cut off in 2016 when Garcia's arrest revealed that law enforcement also thought the Adelson family was involved. ...

Markel, an author who has been published since the 1980s, will publish her 10th book, which focuses on her grief as a mother amid a murder investigation and her role as an advocate for grandparent rights. Set to be released this summer, The Unveiling: A Mother’s Reflection on Murder, Grief and Trial Life, details her journey.

For three years, the Markels have pushed for legislation in Florida to help give grandparents more rights to visit their grandchildren after the death of a parent.

The past two years, the measure failed to clear the finish line. But this year may be different.

Last week, the House passed its version in a 112-3 vote. It was sent to the Senate where it is awaiting action in the Rules Committee.

It would expand the ability of grandparents to petition a judge to allow visitation rights with their grandchildren if a surviving parent has a criminal or civil finding of wrongful death against them. ...

She said she hopes, as her grandsons get older, they will seek to learn more about their father and his Jewish faith.