A Message From Yale Dean Gerken On The March 10 Protest

Following up on my coverage of the Yale free speech controversy (links below):  Yale Law School News, A Message From Dean Gerken on the March 10 Protest: 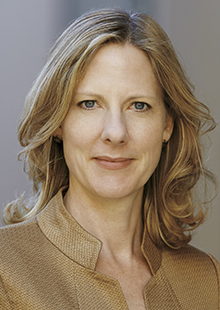 Dear Members of the Community:
As we return from spring recess, I write to reflect on the protest that occurred earlier this month at the Law School. Shortly before break, a group of students protested the Federalist Society’s decision to bring a speaker from Alliance Defending Freedom to campus because of the organization’s position on LGBTQ rights, including same-sex marriage and the treatment of transgender people. Under the University’s free expression policy, student groups have every right to invite speakers to campus, and others have every right to voice opposition. Our commitment to free speech is clear and unwavering. Because unfettered debate is essential to our mission, we allow people to speak even when their speech is flatly inconsistent with our core values.

In accordance with the University’s free expression policy, which includes a three-warning protocol, those protesting exited the room after the first warning, and the event went forward. Had the protestors shut down the event, our course of action would have been straightforward — the offending students without question would have been subject to discipline. Although the students complied with University policies inside the event, several students engaged in rude and insulting behavior as the event began; a number made excessive noise in our hallways that interfered with several events taking place; and some refused to listen to our staff.

This behavior was unacceptable; at a minimum it violated the norms of this Law School. This is an institution of higher learning, not a town square, and no one should interfere with others’ efforts to carry on activities on campus. YLS is a professional school, and this is not how lawyers interact. We are also a community that respects our faculty and staff who have devoted their lives to helping students. Professor Kate Stith, Dean Mike Thompson, and other members of the staff should not have been treated as they were. I expect far more from our students, and I want to state unequivocally that this cannot happen again. My administration will be in serious discussion with our students about our policies and norms for the rest of the semester.

As Dean, I am deeply committed to our free speech policies and the values they safeguard. I will protect free speech without fear or favor. But I have waited to write you because it is our conversations as a community that matter most. In our statement-hungry culture, university leaders are constantly asked to be referees, encouraging our students to appeal to a higher authority rather than to engage with one another and tempting outsiders to enlist academic institutions in their own political agendas. Statements are expected instantly from institutions whose core values include deliberation and due process — values that are essential where, as here, the reporting has been so contradictory. And pundits parse any statement to see which side they favor when the role of a university is not to take sides but to articulate its mission with clarity. Most importantly, statements are poor teaching tools. Learning involves speaking and listening, through iterative conversations in smaller settings with mentors and peers. That has always been our teaching model, and that is the only way that our norms can be understood and internalized. Although these conversations are not visible to outsiders, they are taking place here now, and the institution will be the better for it.

The deeper issues embedded in this event are not unique to Yale Law School — they plague our democracy and institutions across the country. Nonetheless, we will overcome these challenges because we must. Together, we will figure out how to nurture a thriving intellectual environment while maintaining a community of equality and mutual respect. It is harder than ever to find common ground; the stakes are high, and the rights of cherished members of our own community are under attack. But it is essential that we keep this community together despite the many forces seeking to divide us. I am heartened that as we push forward, we build on an intellectual tradition that stretches back centuries, with a faculty wholly committed to the School’s academic mission and students of every political stripe imbued with idealism and intelligence. As Dean, I am and will always remain unalterably committed to keeping that tradition vibrant and alive.

[W]hile I appreciate Dean Gerken’s statement that a successful shutdown of the event (like what happened at UC Hastings) would have triggered discipline, Yale’s free-speech policy doesn’t require an event to be shut down entirely in order for a violation to occur. To the extent that Dean Gerken has created such a requirement, she has revised Yale University policy—and made it much easier for protesters to trample on free speech.

Here’s what the policy—which Dean Gerken never quotes from in her message, oddly enough—actually provides: (1) “a university event, activity, or its regular or essential operations may not be disrupted”; (2) protesters “may not interfere with a speaker’s ability to speak or attendees’ ability to attend, listen and hear”; and (3) “[s]itting in or otherwise occupying a building in a way that blocks access or otherwise interferes with university events or operations” is not permitted.

The March 10 protesters broke all three of these rules. The protesters disrupted not just the FedSoc talk, “a university event,” but also the “regular operations” of YLS, including multiple classes and a faculty meeting (which actually was “shut down,” since it had to be moved to Zoom). The protesters interfered with both “a speaker’s ability to speak,” before they left Room 127, and the “attendees’ ability to listen and hear,” after they repaired to the hallway. Finally, the protesters blocked the main hallway of the Sterling Law Building. There is ample evidence, including audio recordings, video recordings, and eyewitness testimony, to support all of this.

The Yale free-speech policy also offers seven examples of prohibited conduct. The protesters engaged in at least six of them:

The fact that some of the prohibited conduct lasted for only a limited period of time is no defense; a violation occurs after the prohibited act has been committed. And again, there’s evidence to support all of this—now including a Daily Mail op-ed co-authored by the two speakers from the event, Kristen Waggoner and Monica Miller, in which they describe the scene they faced on March 10. According to Waggoner and Miller, the protest included students who “chanted, pounded the walls, and yelled obscenities,” as well as engaged in “harassment and physical threats,” which is why “the police had to escort us out of the building into a patrol car for our safety.”