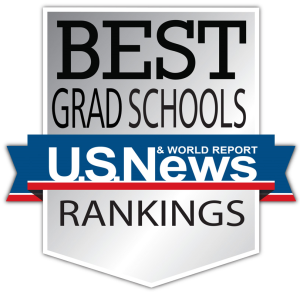 The former dean of Temple University’s Fox School of Business was sentenced to 14 months in federal prison Friday for orchestrating a complex fraud scheme to propel his college to the top of national rankings and defraud its students and donors based on that unearned reputation.

Moshe Porat — who led the school for more than two decades until he was fired for the misrepresentations in 2018 — did not apologize or even acknowledge the students harmed by his crimes as he addressed the judge moments before his punishment was announced. Instead, he pleaded with U.S. District Judge Gerald J. Pappert to keep him out of prison so he could care for his ailing wife.

Pappert balked, calling Porat’s obsession with driving the Fox School of Business to the No. 1 spot “maniacal” and marveled that he had spent much of Friday’s hearing smirking and muttering under his breath.

“He still doesn’t think he did anything wrong. He has never accepted any responsibility,” the judge said. “He blames everyone else.” ...

[I]t could have been far worse. Prosecutors had sought a sentence of up to 11 years and the judge shot down a government request to force Porat to pay $5.5 million to Temple in restitution.

Friday’s hearing closed a chapter on a scandal that has roiled Temple since its false rankings data first came to light in 2018 and has since cost the university millions in legal settlements with state and federal investigators and former students who sued, saying their degrees had been devalued. ...

Porat’s sentencing hearing came three months after a federal jury concluded that he, along with two subordinates, had for years knowingly embellished the data they were sending on Fox’s students to the magazine U.S. News & World Report, allowing its online MBA program to achieve its No. 1 ranking for four straight years. ...

He now holds the distinction of being the first university administrator in the country to be criminally prosecuted for lying in the high-stakes battle for college rankings dominance. ...

Since the university disclosed the misrepresentations, Temple’s online MBA program has dropped to No. 100 in U.S. News’s rankings. ...

“Going forward,” the judge said, “if school administrators focus less on how to massage and achieve numbers that can be plugged into calculations that can spit out rankings and more on the quality of academic performance and improving the student experience, students, families, and the schools themselves will be better off.”