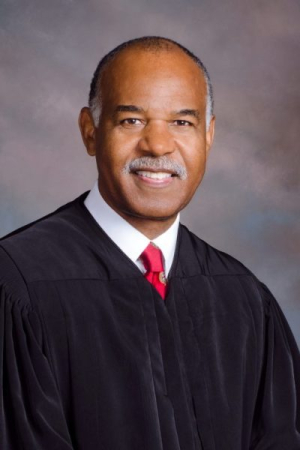 Chief Judge Roger Gregory is the first African American to sit on the United States Court of Appeals for the Fourth Circuit. He was nominated to the Court by President William J. Clinton on June 30, 2000. Judge Gregory was re-nominated by President George W. Bush and confirmed by the Senate for a lifetime appointment to the Court.

Judge Gregory began his legal career as an associate with the firm of Butzel, Long, Gust, Klein & Van Zile in Detroit, Michigan. He later associated with the firm of Hunton & Williams in Richmond, Virginia. In 1982, he formed the law firm of Wilder & Gregory with L. Douglas Wilder. Upon Wilder’s election as Governor of Virginia, Gregory became managing partner of Wilder & Gregory. He served as managing partner and head of the litigation section of the firm until his appointment to the bench.

By appointment of the Chief Justice of the United States, Judge Gregory served as Chairman of the Judicial Conference Committee on the Administration of the United States Courts from 2006–2009. Judge Gregory’s many professional, leadership, and community roles also include serving on the Brown v. Board of Education 50th Anniversary Commission established by the President and Congress to commemorate that landmark decision, and on the American Bar Association’s Standing Committee on Public Education. He presently serves as Trustee Emeritus for the University of Richmond.