The Economic Consequences Of Major Tax Cuts For The Rich: Higher Income Inequality, No Significant Effect On Economic Growth Or Unemployment

The last 50 years has seen a dramatic decline in taxes on the rich across the advanced democracies. There is still fervent debate in both political and academic circles, however, about the economic consequences of this sweeping change in tax policy. This article contributes to this debate by utilizing a newly constructed indicator of taxes on the rich to identify all instances of major tax reductions on the rich in 18 Organisation for Economic Co-operation and Development (OECD) countries between 1965 and 2015. We then estimate the average effects of these major tax reforms on key macroeconomic aggregates. We find tax cuts for the rich lead to higher income inequality in both the short- and medium-term. In contrast, such reforms do not have any significant effect on economic growth or unemployment. Our results therefore provide strong evidence against the influential political–economic idea that tax cuts for the rich ‘trickle down’ to boost the wider economy. 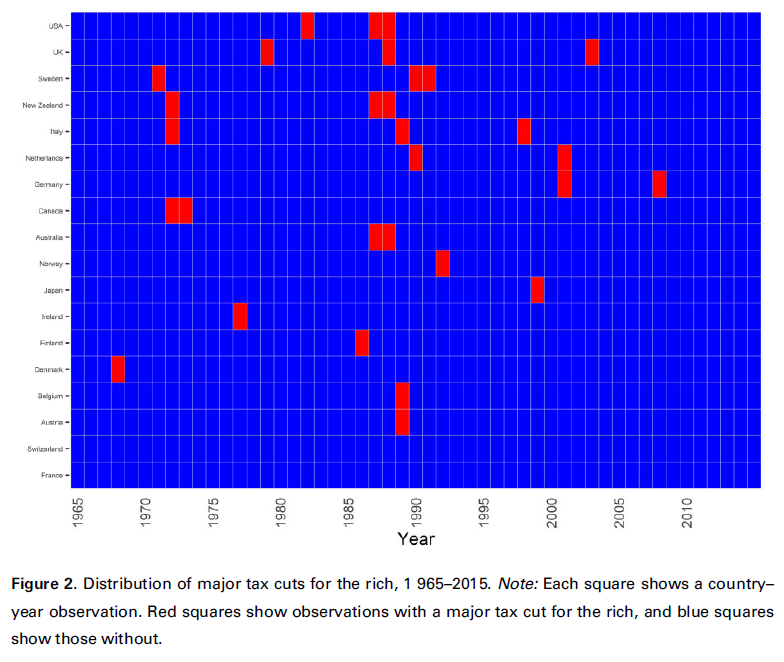