NY Times Op-Ed: How Faith Communities Can Respond To The Opiod Crisis

New Yok Times op-ed:  ‘We’re All Sort of Primed for Addiction’, by Tish Harrison Warren (Priest, Anglican Church; Author, Prayer in the Night: For Those Who Work or Watch or Weep (2021) (Christianity Today's 2022 Book of the Year)): 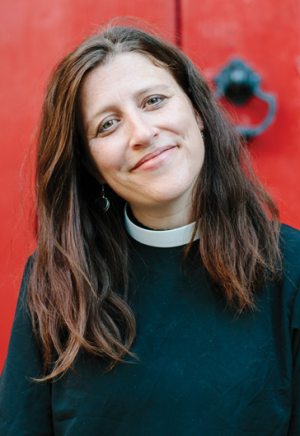 Last August, I had a conversation with an old friend that I couldn’t stop thinking about. I have known Trevor Henderson for over a decade. Until recently, he was the director of the Nashville Metro Health Department’s overdose response program, which works with emergency medical workers and the community at large to reduce drug overdoses. With kind eyes and a rich Northern Irish brogue, Trevor speaks with the hard-won wisdom of those who’ve walked with suffering people.

He told me about his work and how as the past two years convulsed under Covid-19, there has been another health crisis in our midst. The Times reported that between April 2020 and 2021, over 100,000 Americans died of overdoses, which was “more than the toll of car crashes and gun fatalities combined,” and the highest yearly number on record. The increase in overdoses is in part due to the introduction of fentanyl, a powerful and addictive synthetic opioid. ...

I was curious, since Trevor is both an active member in his church and a leader in his local government’s response to the overdose crisis, if he could help me think about the role that religious organizations could play in caring for those who are addicted.

Since then I have often thought about Trevor and his work. We met in church and were in a small group Bible study together for about four years. Faith communities seem to me to be uniquely positioned to respond to this crisis, offering hospitality and love to those struggling with addiction and helping to remove the stigma surrounding it that leaves people feeling isolated and alone. ...

What role could faith communities play in this crisis? ...
It’s well established at this point that one of the big drivers of addiction is just a lack of connection, a lack of relationship. So you turn to other coping mechanisms. I think that’s where churches are really well placed. When churches are at their best, I think that that’s an ideal place to be a community for other people.