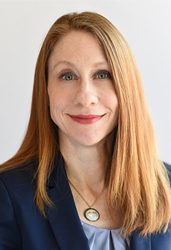 The United States Congress often uses tax law as a mitigation tool in times of crisis. Passing tax legislation during a crisis imposes political, informational, and time constraints that preclude lengthy consideration of distributional and other policy concerns embedded in often complex legislation. Crisis-driven tax legislation from the pandemic, for instance, has incorporated ideas from two decades ago without re-examining those approaches in light of twenty years’ worth of data, changes in the economy, science, and legal thought, to name a few relevant considerations.

A better understanding of recurring crisis-motivated tax provisions is important in light of deepened concern about historical inequities, the wealth gap, and new scholarship about the effect of tax law in society.  In short, there is little evidence to suggest that Congress closely considers distributive concerns raised by such provisions, leaving room for creative thought about how to address them in the future.