What Standup Comedy And Deaning Have In Common 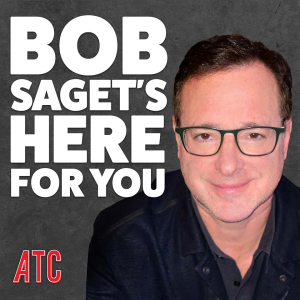 My children are teenagers, ages 15 and 16, and they know the comic Bob Saget was my friend. They know he died earlier this week, and that I’m grieving. They want to comfort me. But when they saw clips of Bob on the internet, making hard-core jokes about pedophilia and incest, they were offended. They thought my friend must have been a bad person, and it was hard for them to understand how I could have loved him.

I don’t know if I can blame them. How could they understand that doing transgressive comedy was, in Bob’s hands, not about hate and pain but, rather, a daredevil act of mutual trust? ...

He had a big smile and joy for the world in Full House and on America’s Funniest Home Videos. Everyone loved and trusted Bob in those roles. You wanted to hug him. ...

Some people are saying now that the real Bob was very different from that good-guy image, but I disagree. Offstage he was loving, kind, open, funny, a great friend and a great father. He also told filthy, disgusting, offensive jokes.

What Bob Saget practiced was emotional stage diving. He would fall face-first into the audience’s arms. If the audience didn’t trust him enough to catch him with their laughs, it would be worse than smashing onto a concrete floor.

The Beat poet Allen Ginsberg understood that this kind of gamble was intrinsic to great art. He is said to have said, “The poet always stands naked before the world.” I think there’s more to it. The artist must bravely say, “I am going to show the world who I am, and I trust that someone will understand.”

Real art, beautiful art, is always a scary act of trust. We look to art to see another person’s heart. That human connection is all that matters. For me, it is a reason to live.

I first got to know Bob when we were shooting The Aristocrats, an arty documentary from 2005 where we recorded comics telling the filthiest version they could of an inside comedy joke. ...

Bob was as naked and vulnerable as any artist I’ve ever seen. He stripped down. He showed us his insides. His comedy proved his nice-guy image. Bob said the most offensive things anyone had ever heard, and we loved him not despite it, but because of it.

The longer I am in this dean role, the more I have come to realize that my best moments are when I show people who I am and trust that they will understand. Unlike Liz Glazer, I don't plan to give up tenure for standup comedy, but in certain settings like this and this I do feel that I am practicing emotional stage diving.