NY Times Op-Ed: What I Learned About Death From 7 Religious Scholars, 1 Atheist, And My Father

New York Times op-ed:  What I Learned About Death From 7 Religious Scholars, 1 Atheist and My Father, by George Yancy (Emory): 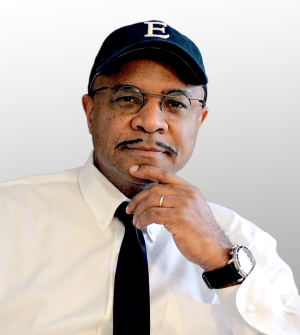 Just a few days before my father died in 2014, I asked him a question some might find insensitive or inappropriate:

“So, what are your thoughts now about dying?”

We were in the hospital. My father had not spoken much at all that day. He was under the influence of painkillers and had begun the active stage of dying.

He mustered all of his energy to give me his answer. “It’s too complex,” he said.

They were his final spoken words to me before he died. I had anticipated something more pensive, something more drawn-out. But they were consistent with our mutual grappling with the meaning of death. Until the very end, he spoke with honesty, courage and wisdom.

Confronting the reality of death and trying to understand its uncanny nature is part of what I do as a philosopher and as a human being. My father, while not a professional philosopher, loved wisdom and had the gift of gab. Our many conversations over the years touched on the existence of God, the meaning of love and, yes, the fact of death.

In retrospect, my father and I refused to allow death to have the final word without first, metaphorically, staring it in the face. We were both rebelling against the ways in which so many hide from facing the fact that consciousness, as we know it, will stop — poof! ...

My father was also a lover of Kahlil Gibran’s “The Prophet.” He would quote sections from it verbatim. I wasn’t there when my father stopped breathing, but I wish that I could have spoken these lines by Gibran as he left us: “And what is it to cease breathing, but to free the breath from its restless tides, that it may rise and expand and seek God unencumbered?”

In this past year of profound loss and grief, it is hard to find comfort. No matter how many philosophers or theologians seek the answers, the meaning of death remains a mystery. And yet silence in the face of this mystery is not an option for me, as it wasn’t for my father, perhaps because we know that, while we may find solace in our rituals, it is also in the seeking that we must persist.

The interviews from the series discussed in this essay can be read here.