Following up on Friday's post, Ilya Shapiro, On Heels Of Georgetown Law Hiring, Faces Uproar Over Tweeting That Biden's SCOTUS Pick Will Be A 'Lesser Black Woman': 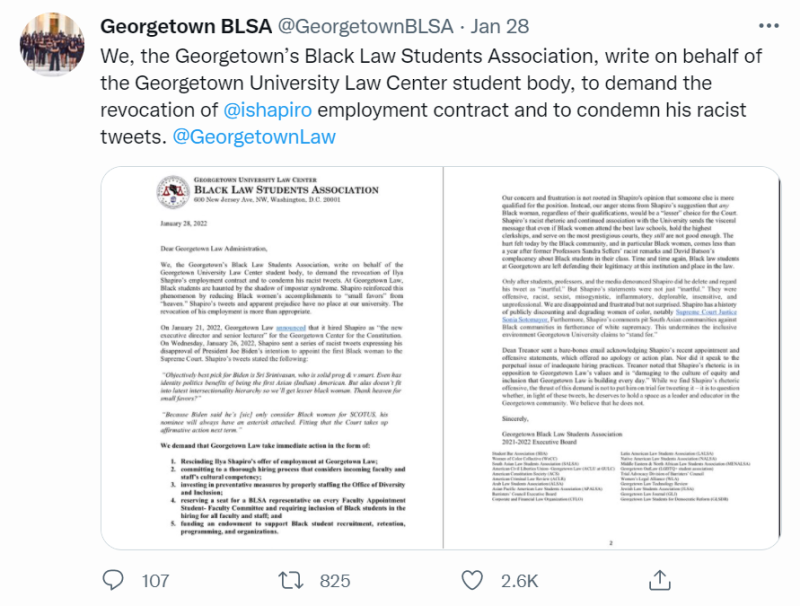 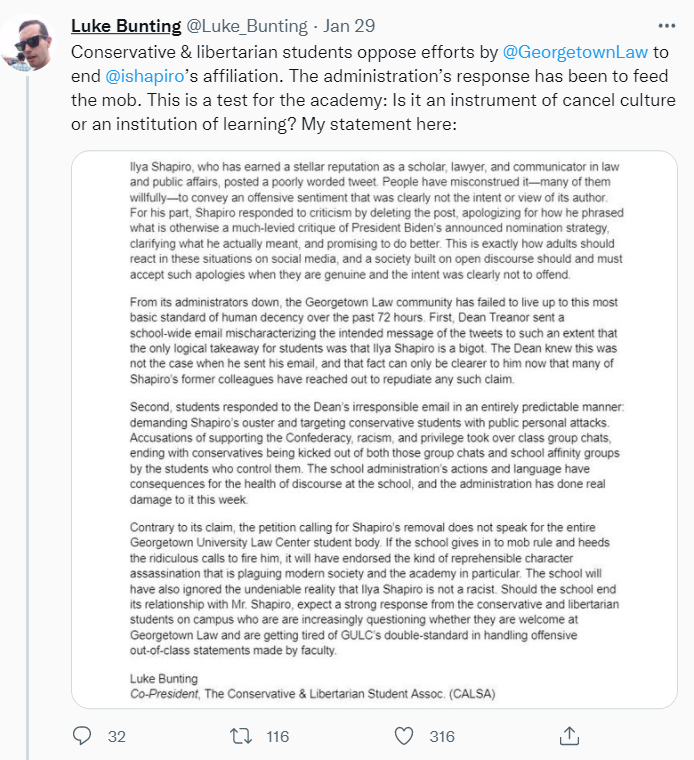 Ilya Shapiro: The prominent conservative legal commentator, recently hired by Georgetown Law to serve as executive director of its Center for the Constitution, found himself in hot water over this Twitter hot take ...

there’s now a movement afoot to get Georgetown Law to fire him—and Dean William Treanor, who publicly denounced Shapiro’s tweets as “appalling,” appears to be considering it.

People disagree strongly on this issue—see Mark Joseph Stern for the prosecution, Dan McLaughlin for the defense [UPDATE (3:18 p.m.): Mark Joseph Stern actually has not called for Shapiro to be fired]. But my personal view is that Shapiro should not be fired.

I’m not sure that people are interpreting his tweet correctly (or there's at least an argument as to how to read it), and the punishment of losing one’s job is out of proportion to the crime: tweeting something supremely stupid, which almost all of us on Twitter have done at one point or another. But again, I realize that folks hold divergent and deeply felt views, which they should feel free to share in the comments to this post.