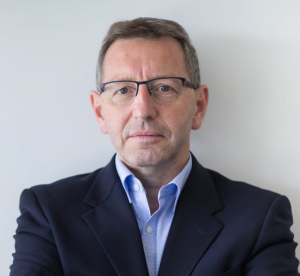 Business Location Decisions With A Global Minimum Tax
In an historic agreement in 2021, 141 countries agreed on imposing a global minimum tax (GMT) on the profits of multinational corporations. Proponents of the GMT argue that the measure will reduce the distortion to businesses’ location decisions by reducing the dispersion in tax rates internationally. We investigate the impact of the GMT on business location and investment decisions. To do this, we develop a location choice model based on effective average tax rates (EATRs) augmented with incentives for profit-shifting to low-tax jurisdictions. GMT affects the dispersion of EATRs for new investment in different countries, but its impact is nonmonotonic in the threshold rate. For low values of the GMT threshold, the introduction of a minimum tax increases EATRs more in high-tax countries relative to low tax countries, increasing the dispersion of EATRs. As the statutory minimum rate increases, more low-tax countries begin to set their tax rate at the threshold, reducing the dispersion. An increased threshold has heterogeneous cost of capital effects for different countries; we find that a high threshold rate may substantially depress capital accumulation in investment hubs. This analysis provides a novel contribution to the literature on the relationship between taxation and corporate decisions on real activity.

Pillar 2: Rule Order, Incentives, and Tax Competition
Two of the most controversial questions relating to Pillar 2 are the extent to which it will allow countries to engage in tax competition, and which countries will collect the tax revenues it generates. The Model Rules published by the OECD/G20 Inclusive Framework on 20 December 2021 provide somewhat unexpected answers to both questions.

This Policy Brief focuses on two critical elements of Pillar 2: the Substance-Based Income Exclusion (SBIE) and the Qualified Domestic Minimum Top-up Tax (QDMTT). It makes three main points. (i) The addition of the QDMTT effectively alters the rule order of Pillar 2, and thus its distributional consequences. (ii) Pillar 2 effectively creates a floor on “source” country tax competition, but it does so in a roundabout manner. Countries still have an incentive to compete by reducing the Corporation Tax liability they impose on companies, perhaps even down to zero. However, countries now have an incentive to collect a QDMTT equivalent to 15% of Excess Profit. (iii) Pillar 2 increases the incentives for (at least some) countries to reduce the Corporation Tax liabilities they impose on companies, thus increasing the probability that countries reduce Corporation Tax liabilities perhaps even all the way to zero. Importantly, however, as noted, these countries have an incentive to impose a QDMTT. The substitution of Corporation Tax with the QDMTT would be a significant development and the creation of these incentives merits careful consideration.