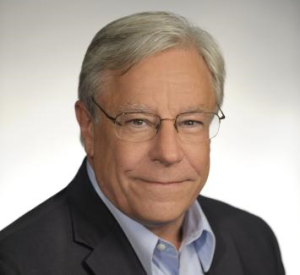 Institutions come to be defined by the individuals who represent them at their very best. Our friend and colleague Christopher Wayne Frost was a defining part of the University of Kentucky Rosenberg College of Law.  As a graduate of the school (first in his class) and as a member of the faculty for the past twenty-four years, Professor Frost was one of the legends of the law school--part of the soul of the place.

A few remarkably talented teachers can strike fear in the hearts of their students, demanding the very best and accepting nothing less, while remaining beloved.  Chris’s reputation preceded him, and students trembled in anticipation of being “Frosted”-- called on to explain a case or a concept in class.  But his high expectations generated a loyal following of students who’d enroll in whatever class he offered, and many UK Law graduates credit Chris’s teaching with their career trajectories and their ultimate success.  Alums of the law school knew they could always rely on him, and former students regularly connected to share their successes and their failures and to seek the advice of their beloved mentor.

Chris was an expert in bankruptcy and commercial law, and built a national reputation for his research. He wrote dozens of contributions to the widely read “Bankruptcy Law Letter,” and a pile of other influential articles and books. As recognition of his research achievements, he was inducted into the prestigious American College of Bankruptcy.

For us, as his junior colleagues, it was his mentorship that we came to depend on. In conversation, he was kind but honest, brilliant but unpretentious, and met you where you were. He was an informed, engaged, and generous mentor, whether you needed advice on your kids, your students, your research, or your carburetor (fast cars were one of his hobbies). With his encouragement, one of us took on a leadership position at the law school; the other dedicated a book on bankruptcy law to him. Our accomplishments are his accomplishments.

While Chris was not born and raised in Lexington, he moved here at 18, stayed through college and law school, and, as soon as he left, started figuring out how to get back.  After practicing law at a prestigious Chicago firm and starting his academic career at Saint Louis University, Chris came home to Lexington to join the UK Law faculty in 1998.  His commitment to the city he loved was evident in so many ways, including his service as the lead of the transition teams of both Mayor Jim Gray and Mayor Linda Gorton, his run for state house in 2006, and most recently, his service as the chair of the Board of the Lexington Historic Courthouse.  Chris cared deeply about the city of Lexington and the Commonwealth of Kentucky, and his influence will be felt for decades to come.

Christopher Wayne Frost died on the morning of January 13, 2022, surrounded by the family he adored.  He left a hole in our hearts and in our community.  We expect to spend the rest of our careers living up to his example.