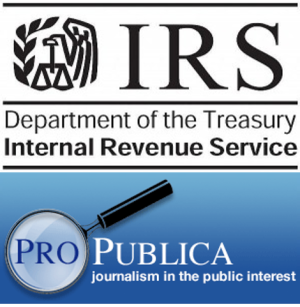 Democrats want to give $80 billion to the Internal Revenue Service to audit millions of Americans each year. Yet six months after the progressive website ProPublica first published the secret tax information of rich Americans, the tax agency still can’t explain what happened. Senate Republicans led by Iowa’s Chuck Grassley are demanding answers.

In a Dec. 1 letter to IRS Commissioner Charles Rettig, all 14 GOP Members of the Senate Finance Committee express frustration at how little the agency has discovered or reported on the ProPublica leak. Mr. Rettig promised when the leak occurred in June to find out what happened, but in September he told Senators, “We do not yet have any information concerning the source.” Since then it’s been crickets.

The scale alone should make investigating the breach a priority for the IRS. ProPublica claims to have thousands of individuals’ tax information, and it has continued publishing confidential details since its first report. Neither the publication nor federal authorities have said they know who leaked the records. No one seems to know, or least admit, how it was done, or how many more taxpayer files might have been stolen.

The leak is a crime, but tracing it isn’t merely a matter of criminal enforcement. The breach highlights the general failure of the IRS to protect taxpayer data. In their letter, the GOP Senators refer to several known weak points in the agency’s systems. ...

The new money for the IRS is harmful on its own terms, but it’s all the worse when it is provided without strings to an agency that has no idea who is stealing private tax data.