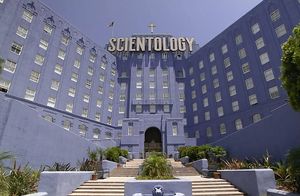 Bixler made these allegations in a lawsuit, charging that Scientology waged a campaign to terrorize her after failing to dissuade her from reporting Masterson to police. Other women joined the lawsuit after telling police that Masterson had sexually assaulted them — which he has denied — saying they too had been stalked and placed under surveillance.

But some of the women, including Bixler, formerly belonged to Scientology, and like other members signed agreements to submit any disputes to binding arbitration before a three-member board of practicing Scientologists. California courts are now trying to decide whether the agreements may be enforced and the lawsuit decided by a Scientology tribunal instead of a jury.

The case has brought attention to a practice known as “religious arbitration,” in which Christians, Jews, Muslims and now Scientologists resolve disputes ranging from divorce to real estate to employment outside of a courtroom. The practice has long been upheld by secular courts, which by law cannot interfere with religious doctrinal matters.

In binding religious arbitration, disputes may be decided according to the tenets of a religion. Awards can be appealed to secular courts, which in most cases uphold them.

“No court has ever said that because this form of arbitration is religious, we are going to discriminate against it and not allow it to be enforced,” said Michael A. Helfand, an expert on religious law who teaches at Pepperdine Caruso School of Law.

In addition to the lawsuit, Masterson — who starred in “That ’70s Show” and “The Ranch” — faces a criminal trial. He has pleaded not guilty, and Scientology has denied the women’s charges.

A Los Angeles trial judge and an intermediate state appeals court ruled that the lawsuit had to go to binding Scientology arbitration. The California Supreme Court, which has been skeptical of some arbitration agreements, ordered the Los Angeles-based 2nd District Court of Appeal to reconsider.

In similar cases, Scientology has prevailed, at least so far. ...

Courts also are legally obligated to favor arbitration agreements under the federal Arbitration Act of 1925. But state law determines the contours of the law, and California has been less protective of the pacts than many other states.

Helfand, who has served as a Jewish arbitrator, said he was troubled that Scientology had not spelled out its arbitration procedures in advance of holding arbitrations. He also believes courts might be able to refuse to enforce the church’s arbitration agreements on the grounds they call for Scientologists “in good standing,” a description that secular courts are barred by the 1st Amendment from interpreting.

Ken Sande, a Montana resident who has a law degree and whose father was a trial judge, has overseen Christian arbitration. Its goal, he said, is partly to achieve reconciliation and to leave both parties satisfied. Someone who simply wants the highest amount of monetary damages, he said, is better off going to a public court. He said Christian arbitration also strives to ensure that both parties are satisfied with the arbitrators.