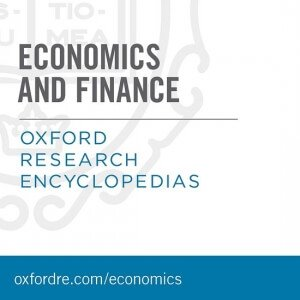 The Internal Revenue Service (IRS) is the federal agency charged with tax revenue collection. In fiscal year 2020, the IRS collected $3.5 trillion in taxes, which represented about 96 percent of aggregate annual federal funding (IRS, 2020). In its mission statement the IRS states that its primary role is to enforce tax laws. The IRS’ website announces that it is responsible “to help the large majority of compliant taxpayers with the tax law, while ensuring that the minority who are unwilling to comply pay their fair share,” among similar duties. Nevertheless, the IRS’ most recent official estimate of the “tax gap” or the amount of net taxes owed by taxpayers who did not “pay their fair share” even after IRS enforcement efforts was $1.143 trillion for the three-year period 2011-2013 or $381 billion average annually. This amount is more than all the income taxes paid by 90 percent of all taxpayers (Rossotti & Forman, 2020). Assuming constant compliance rates, the Treasury has estimated that the tax gap in 2019 was $584 billion, $7 billion over the decade, or 15 percent of annual tax liabilities (IRS, 2019). Economists have estimated that the tax gap was at least $630 billion in 2020 (Sarin & Summers, 2019).

Despite these titanic uncollected tax obligations and the IRS’ patent failure to accomplish its charge and stated goal every year, Congress has significantly cut the IRS budget since 2010. Budget cuts have occurred even though Congress has been requiring broader and deeper IRS engagement in tax reform, health care, and economic stimulus payments. The IRS has responded to these budget cuts and additional work with meaningful decreases in its enforcement activities even with increasing annual tax gaps. Most notably, the audit rates of corporations and high-income individuals have dropped precipitously. Audits on millionaires have plummeted 71 percent (Center on Budget and Policy Priorities, 2021) and on large corporations they have dropped 51 percent (Huang, 2020). As a result, voluntary compliance rates likely have not stayed constant, but more likely have declined.

Past IRS Commissioners and notable economists have found that the IRS’ reported estimate of the tax gap significantly understates sophisticated tax evasion among wealthy taxpayers and large corporations (Guyton et al., 2021; Debacker et al., 2020; Alstadsaeter et al., 2019; Johns & Slemrod, 2010). IRS Commissioner Charles Rettig in testimony before Congress estimated that the tax gap could be as high as $1 trillion a year or almost 30 percent of gross revenues (Davidson, 2021). Unless systemic changes are made, Americans can expect to lose 3 percent of gross domestic product or $7.5 trillion in tax liabilities due and payable under current tax law over the next decade (Rossotti et al., 2020; Sarin, 2021).

The IRS, economists, scholars, and policy experts generally agree on an effective remedy. The tax gap could be reduced by increased funding for targeted IRS enforcement that would more than pay for itself severalfold (U.S. Department of the Treasury, 2021; Holtzblatt, 2021, Huang, 2020). Despite this obvious and lucrative remedy, Congress has done the opposite while certain representatives simultaneously complain about increasing federal deficits. Why has Congress defunded the IRS when the annual tax gap has soared? Why has the IRS decreased audits of the highest income taxpayers and largest corporations when economists have estimated they are responsible for more than 70 percent of the tax gap? This article will attempt to provide a critical tax framework with which to analyze this enigma.