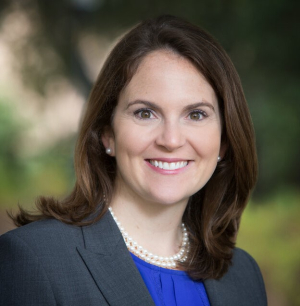 This paper studies whether corporate tax cuts in developed countries affect economies in the developing world. We focus on one of the most prominent fiscal policies – the corporate income tax regime – and study a major U.K. tax cut as an exogenous shock to foreign investment in Africa. Difference-in-differences estimates show that multinational U.K. firms increase their subsidiary presence in sub-Saharan Africa by 17-24 percent following the 2010 announcement of U.K. tax rate reductions. Exploiting location-specific nighttime luminosity data as well as local data from the African Demographic and Health Surveys, we also document increased economic activity and higher employment rates of African citizens within close proximity (10 kilometers) of local U.K.-owned subsidiaries. Our findings imply that, beyond the goal of motivating home country investment, developed countries’ corporate tax cuts have economic impact in developing nations.

Conclusion
The drivers and consequences of FDI in developing countries is a central policy question. A large literature examines the role of home country taxes on domestic investment and the attraction of foreign direct investment. We examine whether multinational firms respond to major tax rate cuts in their home countries by investing in foreign developing countries, thereby causing important fiscal policy spillovers originating in the developed world and affecting developing economies. We specifically focus on the substantial U.K. corporate tax rate reduction and study U.K. multinational firms’ presence in sub-Saharan Africa.

We find that the corporate tax rate reduction is associated with an increased scope and an increased likelihood of U.K. multinational firms’ presence in Africa. This result holds after using alternative comparison groups of other multinational firms, such as French and U.S. companies that should have similar investment interests and experience similar patterns in global demand and investment opportunities. Furthermore, we find that the effects are concentrated in those African countries with prior colonial ties to the U.K., as well as countries with a relatively higher existing U.K. multinational firm presence. Our evidence that links local residents to the local address of the U.K. facility, validated using luminosity data, points to a positive employment effect. These results are confirmed when studying employment in African countries affected the most by increases in U.K. multinational firm presence.

The results extend a literature that has typically focused on home country effects of corporate tax rate reductions. Thus, we extend the public economics literature on the relation between taxes and investment, and do so by studying activity in countries where multinational presence has the greatest potential to improve local economies – but also where such presence has been met with the most skepticism. We thereby also contribute to the literature in development economics and add to the scant evidence on the drivers and consequences of multinational firm investment in the developing world.