Field: Taxpayer Choices, Itemized Deductions, And The Relationship Between The Federal And State Tax Systems

Almost 30 million taxpayers who itemized their federal deductions for the 2017 tax year switched to the standard deduction for 2018. 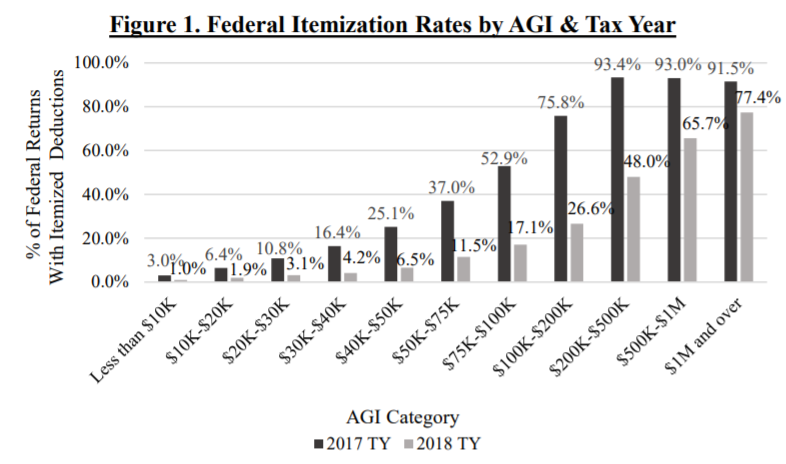 The provisions of the Tax Cuts & Jobs Act (“TCJA”) that led to this shift were intended to simplify the individual income tax system. This Article’s empirical study of federal and state tax filing data, however, demonstrates that the TCJA’s simplifying effect varied state-to-state depending on whether a state obligated its taxpayers to make the same choice for state tax purposes (i.e., to itemize deductions or take the standard deduction) as the taxpayer made for federal purposes. In states that obligated taxpayers to make the same choice, taxpayers experienced at least some simplification, and tax administration by the IRS and state tax authorities became materially easier, although the IRS’s simplification benefit was dampened to some degree. In states that allowed taxpayers to make state tax choices that differed from their federal choices, the TCJA’s simplifying effect for many taxpayers was largely illusory, state income tax administration actually became more complex, and some tax enforcement costs were, in effect, shifted from the IRS to state tax authorities. Thus, this Article’s study reveals that state-level rules about tax choices undermined the federal policy goal motivating the TCJA’s itemization-related changes.

A taxpayer’s choice whether to itemize is just one of many tax elections explicitly provided to taxpayers. Accordingly, this Article’s study of taxpayers’ itemization choices also serves as an example that illustrates a broader point—state-level rules about whether taxpayers must make uniform federal and state tax elections create important, but previously underappreciated, interactions between the federal and state tax systems. Policymakers cannot fully understand the policy implications of many federal tax law changes unless they appreciate these federal/state interactions. This Article helps policymakers do so.