Economists Don’t Always Agree. On This Hot-Button Issue (Child Tax Credit), They Do.

Stanford Law, Economists Don’t Always Agree. On This Hot-Button Issue, They Do.: 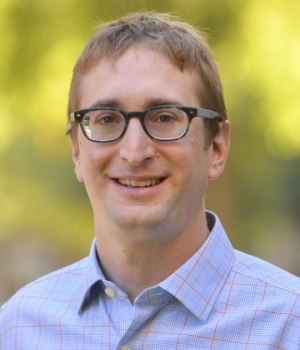 Jacob Goldin recently helped pull off an unlikely feat: As federal lawmakers battled over President Biden’s economic agenda, he worked to recruit more than 460 American economists in urging that a large, but temporary, cash benefit for children as part of an earlier $1.9 trillion stimulus package be made permanent.

In September, the economists, led by Hilary Hoynes and Diane Schanzenbach, sent a letter to Congress that proved propitious. Soon after, the cash benefit they were advocating for — the Child Tax Credit (CTC) — took center stage in negotiations over the future of Biden’s bid to expand the country’s social safety net. Not only are the potential costs of the CTC a point of contention, so, too, is the rekindled argument by opponents that motivated welfare reform a quarter century ago — the notion that giving a handout to the lowest-income families creates disincentives to work.

Goldin’s leading role in corralling support for the expanded CTC makes sense. An associate professor at Stanford Law School and faculty fellow at the Stanford Institute for Economic Policy Research (SIEPR), he is an expert on the taxation of low-income households and how human behavior shapes economic decision-making. He understands the CTC’s historical limitations as a poverty-reducing tool. He is also the co-author of a new working paper that gets to the heart of the current debate: What will broadening the credit ultimately cost the federal government, and are the benefits worth the price? [Whose Child is this? Improving Child-Claiming Rules in Safety Net Programs, 131 Yale L. J. ___ (2022) (with Ariel Jurow Kleiman (Loyola-L.A.)]

In recent weeks, Goldin has been tapped by National Public Radio, NBC News, Forbes and other national news outlets for his insights about the future of the CTC. Here, he talks about the credit, what changed in 2021, and how his research informs the current debate.