Capers: The Law School As A White Space 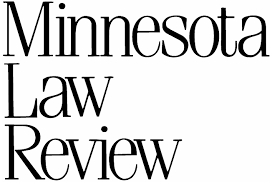 In this moment when the country is undergoing a racial reckoning, when law schools have pledged to look inward and become anti-racist and truly inclusive, it is past time to acknowledge how law schools function as “white spaces.” For starters, there are the numbers. There is a reason why just a few years ago, The Washington Post ran a headline describing law as “the least diverse profession in the nation.” But the argument goes beyond numbers. This Essay argues that law schools—even law schools at HBCUs— function as white spaces. They are white spaces in what they teach, in how they teach, and even in their architecture.

The end goal of the essay, however, is not solely to describe law schools as white spaces—nor is the goal simply to challenge law schools to do better. Given that this country is slated to tip from being majority white to majority minority in the year 2044, it should already be a given that law schools must step up. Rather, the end goal is to check, and even disturb, the very foundations upon which most law schools are built. It is to reexamine the walls and the insulation that allow some students to thrive, while keeping others out. It is to dare law schools—to dare all of us—to imagine a new construction, an entirely new law school. In short, the end goal of this Essay is to imagine the law school no longer as a white space (in terms of demographics, or what is taught, or how it is taught), but as a white space (as in a blank page, at once empty and full of possibilities). What would it mean to rethink, from the bottom up, what is taught, how it is taught, and to what end? More broadly, what would it mean to create a law school that is cosmopolitan and then some, a place where intellectual curiosity thrives, where change and challenge are celebrated, where education itself is a practice of freedom, and perhaps most importantly, where there is no need to tout inclusivity, because everyone already belongs? ...

Conclusion
It has now become common, almost de rigueur, for law schools to commit themselves to being anti-racist and truly inclusive. Indeed, it has become so expected that it may even seem like virtue signaling, “sound and fury, signifying nothing.” I hope not. I hope law schools are sincere.

But my larger hope is that law schools will do more than simply proclaim a goal of anti-racism, or commit to admitting a more diverse student body or hiring more diverse faculty, or commit to incorporating race in their curricula. Even with these changes, law schools will still function as white spaces in terms of what is taught and how it is taught and even in terms of their architecture. My hope is that law schools will have the courage and audacity to reimagine themselves as a different kind of white space—a blank page, a tabula rasa—and to untether themselves from so much that weighs them down. That they will reinvent themselves from the bottom up in a way that is cosmopolitan and then some, as a place where intellectual curiosity thrives, where change and challenge are celebrated, where education itself is a practice of freedom, and where there is no need to tout inclusivity, because everyone already belongs. I have limned out my own vision of what such a school might look like, but it need not be the only vision.

There is one final thing to say, something that has run just below the surface of this Essay, but that I have not mentioned explicitly. The focus of this Essay has been law schools, but here is the truth: It is not only law schools that too often function as white spaces, but the law itself. Both the law and the law school are “bound to the same whiteness,” if I may repurpose a line from Jennings. We live in a world built on racialized hierarchies and inequality, and much of the reason we live in such a world is because of what we call the law, from Slave Codes to the enshrinement of slavery in the Constitution to the doctrine of manifest destiny to anti-miscegenation laws to the Chinese Exclusion Act to zoning rules to qualified immunity to racialized highway construction to so much more. It is the law, after all, that has contributed to why, even now, we are segregated in where we live and where we go to school and whom we love. Quite simply, law is haunted by race, even when it doesn’t realize it. Allow me to go a step further. Much of our comfort with inequality generally—in terms of gender, class, wellbeing—is buttressed by our history of comfort with racial inequality.

All of this is to say it is not just law schools that need to be reimagined from the ground up, but law itself. So this is my true hope: That reimagining law schools is just the first step. The beginning to reimagining the law itself, and forging the law into new tools never before seen. Tools of empowerment and equality like the poet Audre Lorde started to imagine. Maybe even like tools fashioned from the vibranium of Black Panther’s Wakanda. Tools to finally “make America what America must become,” if I can channel James Baldwin again. That is the real goal.