Following up on my previous posts (links below):  Academic Freedom Alliance, Letter to the University of Illinois Regarding Jason Kilborn: 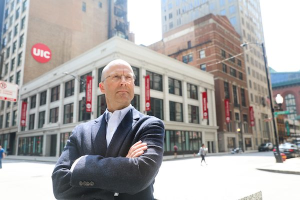 The AFA sent a letter to the University of Illinois on Monday regarding the ongoing complaints concerning Professor Jason Kilborn. In December 2020, Professor Kilborn included on his final exam in a civil procedure class a hypothetical involving redacted slurs. He was suspended without adequate process or justification, and a university investigation found most of the allegations to be meritless. The law school reached an agreement with Professor Kilborn allowing him to resume his professional activities, but students have continued to call for sanctions against him and the law school has failed to adhere to its own agreement. He has been denied the annual raise provided to all of his colleagues despite his positive job evaluation, and the law school has imposed new demands that he complete sensitivity training before fully resuming his duties.

The chilling effect of all this at the University of Illinois at Chicago (not just the law school) will be immense, now that the Administration has put faculty on notice that any stray remarks that are plainly neither harassing nor discriminatory can trigger official investigations and sanctions.

Keith E. Whittington (Princeton), A "Witch Hunt" at the University of Illinois at Chicago:

Nearly a year ago, University of Illinois at Chicago law professor Jason Kilborn came under criticism from students, administrators and colleagues for including a hypothetical on his civil procedure exam involving an individual telling an investigating lawyer that former co-workers "expressed their anger at Plaintiff, calling her a "n____" and "b____" (profane expressions for African Americans and women) and vowed to get rid of her." Once complaints surfaced, Kilborn apologized but the controversy and allegations only grew. Students eventually brought in Jesse Jackson to bolster their demands that Kilborn be fired. Kilborn was suspended and investigated. He eventually reached a settlement with the university that would allow him to return to his teaching duties, but the university has subsequently reneged on that agreement. It continues to single him out for opprobrium, discipline, and reeducation. The chancellor of UIC has now dug in his heels on the matter. Northwestern University law professor Andy Koppelman has written about this case from the beginning and has appropriately decried the university's actions as a "witch hunt."