Phyllis Taite (Oklahoma City) presents May the Odds Be Ever in Your Favor: How the Tax Cuts and Jobs Act Fortified the Great Wealth Divide, 48 Pepp. L. Rev. 1023 (2021), at UC-Hastings today as part of its Tax Speaker Series hosted by Heather Field and Manoj Viswanathan: 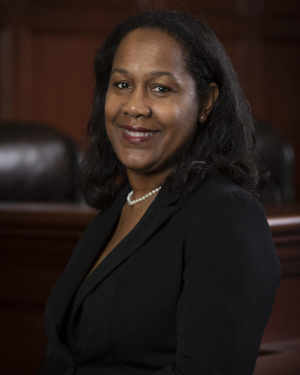 Have Americans become so desensitized to inequality that we have morphed into a state of dystopia, and vast inequalities have become normalized? Discussions of dystopia typically describe acts of oppression, tyranny, inequality, and an overall undesirable societal state. Dystopia analysis also requires a hard look at societal values to determine ways to avoid adverse outcomes that vast inequalities may produce. By identifying the undesirable outcome, there is an opportunity to avoid or reverse it by enacting laws to combat inequalities.

The Hunger Games is a fictional tale of wealthy society members enjoying the rewards of high society while using the poor societal members for labor and entertainment. This illustration may also depict American realities. For example, Panem is described as a country consisting of twelve districts and the Capitol. The Capitol is the power center where the wealthiest reside. While decisions regarding the entire society are made by a select few, namely the President, those decisions primarily benefit the wealthy, and they intentionally contribute to a state of inequality and selective oppression.

America’s growing inequalities were further facilitated through the Tax Cuts and Jobs Act (TCJA). The TCJA has contributed to disparities, and America’s version of dystopia, by disproportionally benefitting the wealthy. There are vast inequalities across multiple areas of the law; however, this article will focus on specific tax policies by comparing the dystopic society depicted in The Hunger Games to tax policies within the TCJA. This analysis will include a discussion of changes to the standard deduction and personal exemptions alliance, historical justifications for both, and the impact of tax policy on inequalities.