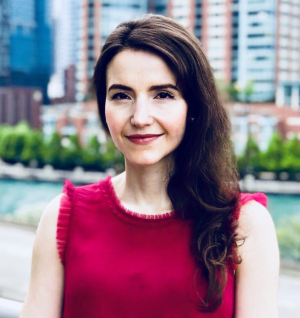 We link survey data on Danish people’s perceived income position and views of inequality within various reference groups to administrative records on their reference groups, income histories, and life events. For all reference groups, people exhibit center bias, whereby lower-ranked respondents in a group tend to place themselves higher because they think others’ incomes are lower, while higher-ranked respondents place themselves lower. People view inequalities within co-workers and education group as most unfair, but underestimate inequality most exactly within these groups. Perceived fairness of inequalities is strongly related to current position, moves with shocks like unemployment or promotions, and changes when experimentally showing people their actual positions.

Conclusion
Our results provide new answers to some of the long-standing questions asked in the Introduction. First, we find that people have some systematic misperceptions of varying magnitudes of their position in many reference groups. They exhibit a center bias whereby lower-ranked people tend to position themselves higher than they truly are because they think that others’ incomes are lower. The reverse holds for higher-ranked people. This center bias could be explained, for instance, by anchoring to one’s own income or Bayesian shrinkage.

Second, we provide a number of results suggesting that people’s fairness views are strongly related to their social position and change when their positions change. Fairness views correlate more strongly with current social positions than with past positions, and movements up or down in social positions caused by real-life events are also related to corresponding differences in people’s fairness views. When informing people about their true positions in their reference groups, we observe changes in fairness views across all the reference groups, but with asymmetric effects: Those that are told that they are lower-ranked than they thought perceive inequality as more unfair. By contrast, those who are informed they are ranked higher than they thought do not change their views on fairness. Thus, when it comes to correcting misperceptions, bad news weigh more heavily than good news in people’s minds.

Third, people consider inequalities conditional on the same level of education or work sector as most unfair. Exactly in these dimensions, where it matters most, people are least informed about inequality and lower-income people strongly overestimate their positions. It is an open question what drives this observed pattern, but it could have important implications for wage setting and career dynamics. One reason could be that people see education and type of work as choices of individuals that are key determinants of income. People from the same cohort, gender, or municipality can have very different education levels and types of work, and so it may be more expected that they earn different levels of income. To the contrary, inequality conditional on the key determinants of income (education and sector of work) may appear to be due to factors outside of people’s control and, therefore, perceived as more unfair. Another reason could be that people have different aspirations across reference groups and that, hence, admitting that they have a low position within education group or sector could lead to more resentment. In any case, these different views on the fairness of inequality in various reference groups highlights the importance of decomposing changes in inequality into those happening within sectors or firms and those happening across, as done by, e.g., Card et al. (2013) and Song et al. (2019).

Are our results portable to other countries? Clearly, Denmark is one of the most equal countries in the world (Atkinson and Søgaard, 2016; Boserup et al., 2016; Jakobsen et al., 2020) and attitudes vary across countries (Alesina et al., 2001, 2018; Alm˚as et al., 2020). Yet, because we analyze rank positions, relative inequality perceptions (e.g., differences between perceived and actual P95 levels compared to corresponding P50 levels) and relative fairness views across reference groups, it is not a priori clear that our results should be different in one direction or the other.

Key to our analysis and findings is the linking of large-scale survey data on perceived social positions and fairness to administrative records on actual social positions across time, life events and reference groups. We see this combination of subjective and objective information as a promising avenue to learn more about the determinants of perceptions and attitudes.