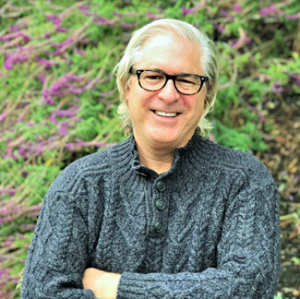 This annual award honors the legacy of Pepperdine University's fifth president, Howard A. White, who was a gifted teacher, history scholar, and a faithful steward of the University throughout his 30 years of service to Pepperdine. The highest distinction given at Pepperdine for teaching, the Howard A. White Award recognizes outstanding educators who embody the institution's commitment to excellence. This award highlights the work of educators who inspire and challenge students to think critically and creatively as well as those who instill in their students a lifetime love of learning. ...

Richard L. Cupp, Jr., John W. Wade Professor of Law, Caruso School of Law:  Professor Cupp is an exceptional teacher. He makes learning fun, holds interesting class discussions, and is dedicated to helping students outside the classroom. I have never had a professor take such a personal interest in me and my academic success.

Richard Cupp is widely recognized as a leading scholar and commentator regarding the fields of torts, products liability, and animals' legal status. Professor Cupp is an elected member of the American Law Institute, and is a Fellow of the American Bar Foundation. He has served as chair of the Association of American Law Schools ("AALS") Section on Torts and Compensation Systems, and presently serves on the Executive Committee of the AALS Section on Animal Law.

Professor Cupp has published more than 30 scholarly articles, and is the coauthor of a products liability casebook. His scholarly publications have been cited more than 650 times, including at least 22 citations in reported court cases, two of which are Supreme Court of the United States cases.

In addition to his work with torts and products liability, Professor Cupp is also an animal welfare advocate who writes and speaks extensively about the legal and moral status of animals. He has advised many organizations regarding law and animals, including the National Academy of Sciences Committee on Science, Technology and Law, the National Academy of Sciences Committee on Neuroscience, the American Veterinary Medical Association, the National Association for Biomedical Research, the Animal Health Institute, and the American Animal Hospital Association.

Professor Cupp's work addressing animals' legal and moral status has been highlighted by National Geographic, The Washington Post, Science Magazine, The New Republic, Popular Science, and other popular press venues. His media publications include articles in The New York Times, The Los Angeles Times, USA TODAY, The Philadelphia Inquirer, The National Law Journal, The Indianapolis Star, and other media sources. He has appeared many times on television, radio, and podcasts addressing issues involving animals' moral and legal status, torts or products liability. He has also been quoted in numerous national and international media sources.