Reducing Debt And Increasing Access To The Profession: An Empirical Study Of Graduate Debt At U.S. Law Schools

Legal education in the United States is in crisis because it is so costly and the number of law school graduates has consistently exceeded the number of entry-level law jobs by a wide margin, while starting salaries are low in comparison to student loan debt for most graduates. This article contributes to the work of addressing the current challenges by reporting the results of an empirical study of the nature and scope of law graduate debt across U.S. law schools. 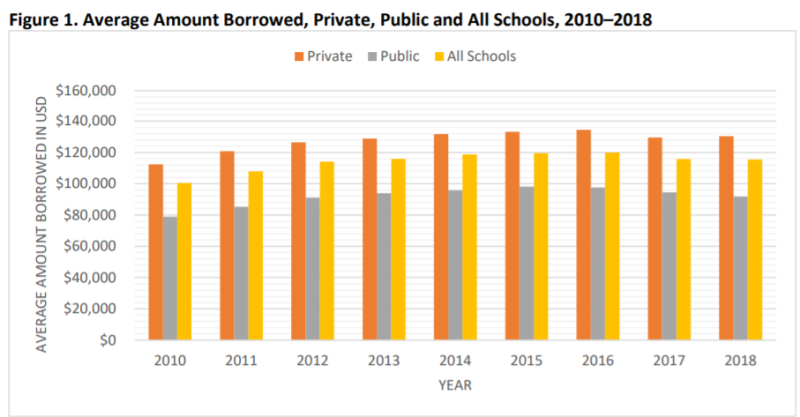 We focus on findings in two areas. First, the data indicate that the legal education system places a greater financial burden on minority and women students than on non-Hispanic white male students. The cost of attendance, average amount borrowed, percentage of the class that borrowed, and percentage of students paying full tuition are all higher at schools with lower LSAT/UGPA medians and larger percentages of minority and women graduates. Moreover, these schools also report weaker employment outcomes for their graduates.

Second, we also investigated the relationship between cost of attendance and debt. As to be expected, the data show that the average amount borrowed by graduates who borrowed to attend law school increased as the cost of attendance increased. We also see that different schools located in areas with comparable costs of living sometimes list very different estimated living expenses. At the same time, some schools with comparable costs of attendance report significantly different average amounts borrowed. Thus, it appears that there are differences in school practices, policies, and cultures apart from costs of attendance that may impact borrowing levels.

In light of our findings, we highlight several proposals for returning to a legal education financing model that distributes scholarships based primarily on need instead of LSAT scores and UGPAs in order to reduce law student borrowing and to promote access to law school and the profession. In addition, we urge greater attention to how institutions set estimated living expenses, provide debt counseling, and otherwise influence student borrowing; and suggest an updated approach to enforcing ABA Standard 507, which requires law schools to “demonstrate reasonable steps to minimize student loan defaults.” 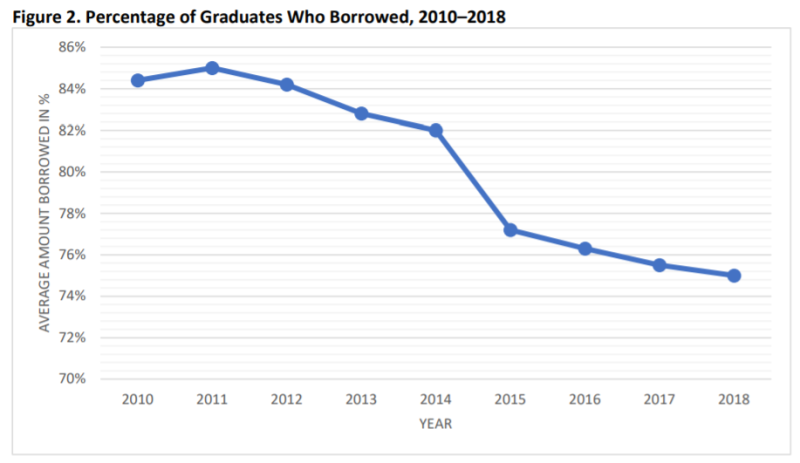