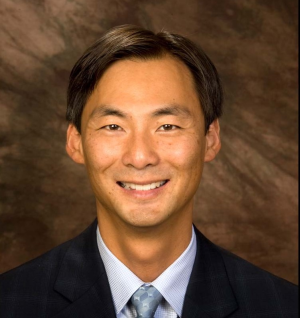 Most recently, Tan served as Ambassador at Large for the U.S. State Department’s Office of Global Criminal Justice, where he oversaw the indictment, sanctioning, capture, and/or conviction of war criminals in Sri Lanka, Rwanda, the Balkans, and Lebanon. In his professional law career, Tan has served briefly as an attorney and counselor at law for major law firms. He has worked primarily in legal academia and has published numerous law review articles and delivered presentations on bioethics and international human rights, most notably as an expert on North Korea. Tan has served as a law professor or visiting scholar at University of Texas at Austin School of Law, University of St. Thomas School of Law, Florida Coastal School of Law, Northern Illinois University College of Law, Northwestern University Pritzker School of Law, and Handong International Law School in Pohang, Korea, where he took part in founding the first American J.D. program in Asia. Ambassador Tan authored “North Korea, International Law and the Dual Crises” (Routledge). He has taught courses on North Korean policy, international criminal law, international human rights, bioethics, and constitutional law.

“At Liberty, we look for leaders who not only bring a wealth of experience in their field but are bold about their faith and fully support our Christian mission,” said President Jerry Prevo. “We are excited to welcome Ambassador Tan, who will help train future law professionals with the biblical principles that are so desperately needed in our nation today.”

“Morse Tan is uniquely qualified for this position and will take our Liberty law school to new heights,” said Dr. Scott Hicks, Provost and Chief Academic Officer. “He is passionate about teaching the law from a biblical worldview, mentoring students, and inspiring faculty and staff. His foremost desire is to serve the Lord in his work, competently and effectively, and we are honored to have him join us.”

Tan said it was Liberty’s distinct Christian mission that drew him to the dean role.

“The mission was the single biggest factor, by a pretty large margin,” he said. “It’s really pretty special to have a law school that is dedicated to following our Lord and Savior Jesus Christ in, around, and through the legal profession. It’s special to be able to disciple and equip students toward that end and try and impact the world through what they do and what the faculty do, too. This is what really excited me about Liberty and made me want to come and join the team.

“Following Jesus and being His is who I am, at the core, more than anything else. All I’ve done is try to follow him step by step during the course of my life, whether it’s my ministry to my family, or in the U.S. State Department, or legal academia. I’m first an ambassador of Jesus Christ, as much of an honor as it was to be an ambassador of the United States of America as well.”

Tan earned his B.A. and M.A. from Wheaton College and his J.D. from Northwestern University School of Law, where he completed an international law concentration.

Tan is fluent in Spanish and Korean, with some basic knowledge of French, Chinese, Portuguese, and Latin. He is married to Dr. Sarah Tan, and they have four children: Hope, 15; Enoch, 13; Isaiah, 9; and Moses, 7.

Aside from his career endeavors, Tan is also an accomplished tennis player and cellist.