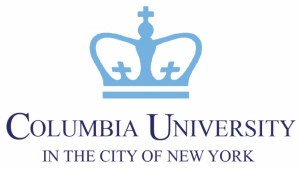 Columbia University has agreed to pay $12.5 million to resolve a lawsuit seeking tuition and fee reimbursements in the wake of coronavirus-spurred campus closures, according to a settlement proposal filed in New York federal court.

Students brought a putative class action last year, alleging the Ivy League school deprived them of in-person instruction, access to campus facilities, student activities and other benefits for which they had paid tuition and fees. Certain refunds the school had already provided were insufficient, according to the complaint filed Tuesday.

U.S. District Judge Jesse M. Furman trimmed the students' tuition claims, but said they were able to reclaim all the fees paid.

Under the deal announced Tuesday, the university will return more than $8.5 million in fees and pay an additional $4 million so the plaintiffs don't seek to revive the tuition claims, according to a lawyer for the students, Roy T. Willey IV.

At least 261 lawsuits have been filed against U.S. colleges and universities over their alleged failure to refund tuition and fees when the pandemic forced them into remote learning, according to the law firm Bryan Cave Leighton Paisner.