President Biden’s effort to pass the largest tax increase in U.S. history is based on the verifiably false claim that Americans with high incomes don’t pay their “fair share.” In no other country do the rich bear a greater share of the income-tax burden than they do in the U.S. 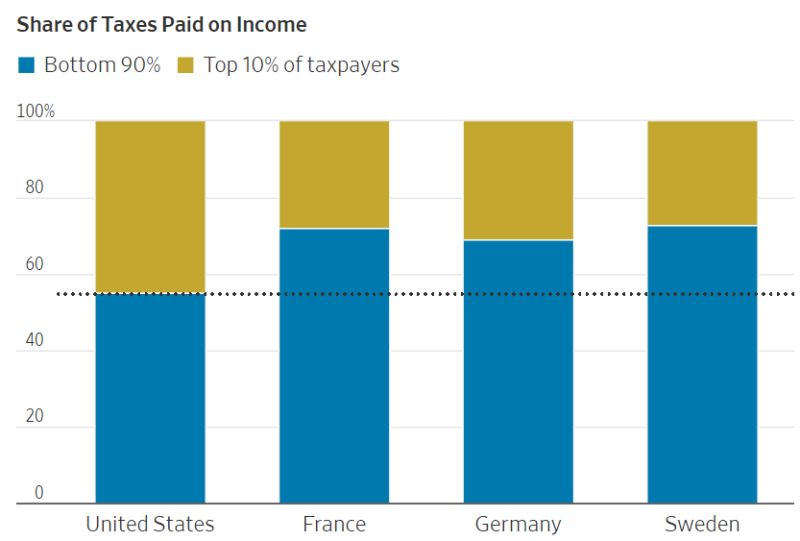 Since the War on Poverty started in 1965, the labor-force participation rate of bottom-quintile earners, who now receive more than 90% of their $50,000 average income from government transfer payments, has fallen from almost 70% to 36%. With the Build Back Better Act proposing to explode unearned benefits and shower them on middle-income Americans, how long will it take for the current U.S. labor-force participation rate of 61.6% to fall to 55%, as it is in France, or 50%, as it is in Italy? Who then will pull the wagon and pay the taxes to fund the American welfare state?