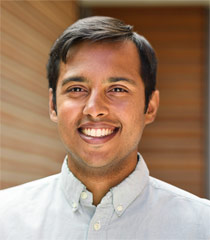 In a globalized world, taxpayers often answer to multiple sovereigns. The United States, with its unique worldwide taxation system, addresses this reality with the century-old Foreign Tax Credit (FTC).  In Rationalizing the Arbitrary Foreign Tax Credit, 74 Tax L. Rev. ___ (2022), Jordan Barry and Ariel Jurow Kleiman provide a far-reaching but precise perspective on this credit’s many limitations.

They begin by taking the Supreme Court to task for its questionable algebra in the primary case on the foreign tax credit, PPL v. Commissioner, 569 U.S. 329 (2013). o There, the Justices characterized the United Kingdom’s Windfall Tax as a creditable “pure” income tax, despite a similar tax that the regulations deemed noncreditable.  From this tenuous distinction (given the possibility of infinite algebraic manipulation), Barry and Kleiman revisit and rebuild the foundations of the FTC.

Barry and Kleiman emphasize the futility of seeking a “pure” income tax. They concede that trying to abandon algebraic bright lines for economic substance is no panacea.  As they write, “The economic indeterminacy underlying the concept of an income tax reveals how arbitrary the modern foreign tax credit’s all- or-nothing design is.” Barry and Kleiman turn from this familiar observation to the history and foundations of the FTC, building upon work by Joseph Isenbergh, David Weisbach, and Brett Wells, among others.

The authors then seek to debunk four foundations, or purported first principles, as a basis for restricting the FTC to “pure” income taxes: "alleviating double taxation, promoting U.S. business competitiveness, ensuring capital export neutrality, and encouraging the use of income taxes in foreign countries.” (The final foundation is an interesting one that I had not fully appreciated and could be of particular interest to a non-tax audience.) Some may disagree with the authors’ assertion that these goals fail to justify the “narrow interpretation of income tax,” or even the very limiting of the FTC to income taxes.  However, all will benefit from the thoughtful way Barry and Kleiman weave together general criticism of legal reliance on “income” as opposed to non-income taxes with their more specific criticism of the FTC.

From a teaching perspective, examples and calculations helpfully fill the paper. For disclosure and endorsement, in addition to assigning this piece for my international tax class, I have also assigned Kleiman’s Low-End Regressivity, 72 Tax L. Rev. 101 (2018), in a different tax class.  The examples and calculations in both papers serve as an intellectual springboard for robust conversation on tax law’s shortcomings and tensions.

The closing “proposed reforms” section offers some paths forward, including both broadening the definition of an income tax and allowing credits (and not just deductions) for various foreign taxes.  This final Part claims only that all of the proposals are likely better than the status quo without needing to compare them to one another.

In sum, I recommend the piece for admirably synthesizing, and criticizing, the purported foundations and muddled doctrine of the Foreign Tax Credit.  In offering some clear ideas for adapting to a changing future, the timely Article refocuses our attention on the Credit as new, significant, purportedly “non-creditable” forms of foreign taxation arise.