The New Yorker:  The Afterlife of Rachel Held Evans: 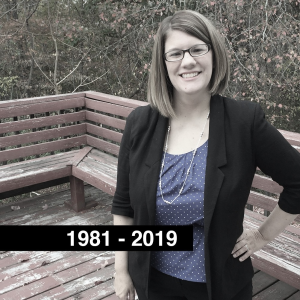 When the beloved Christian thinker died, at thirty-seven, she left behind a legacy of constant spiritual questioning—and an unfinished memoir. ...

Although she was only thirty-seven when she died, Held Evans had become a beloved figure in the landscape of American religion. The author of five popular books on Christianity [Faith Unraveled (2010); A Year of Biblical Womanhood (2012); Searching for Sunday (2015); Inspired (2018); What is God Like? (2021)], she employed self-deprecating wit and practical exegesis to critique the conservative evangelical subculture in which she was raised. Held Evans embodied a movement that emerged in the two-thousands among people who were becoming disillusioned with evangelicalism. Many were fleeing their churches—the portion of white evangelicals in the population dropped from twenty-three per cent to fourteen per cent between 2006 and 2020—and, to outsiders, their departure looked like the secularization of America. But the demographic was more varied than it seemed; many evangelicals were leaving megachurches with praise bands and coffee bars, but not abandoning a belief in Jesus.

To these earnest seekers, Held Evans became a patron saint. “Every generation needs dissenters, and Rachel was a sharp, faithful prophet in our midst,” Anthea Butler, the author of “White Evangelical Racism,” told me. With humility and openness, Held Evans helped reintroduce a mode of spiritual inquiry in America that was based in seeking mystery, not certainty. “She made Christianity seem like a decent place to be while you asked questions, rather than something you had to abandon to be free,” Kathryn Lofton, a professor of religious studies at Yale, said. Held Evans quickly became a major spiritual figure, appearing on television shows and serving as one of President Obama’s faith advisers. “I think Rachel would be the first person to scoff at any attempt to beatify her,” Sarah Bessey, her friend, told me. “She’s one of the few spiritual teachers I’ve known who had the humility to regularly ask herself, ‘What if I’m wrong?’ ”

On this visit, some of Held Evans’s friends and family had assembled to celebrate the publication of Held Evans’s sixth book, “Wholehearted Faith,” a posthumous memoir. When she died, Held Evans left behind 11,762 words of the unfinished manuscript, and her husband, Dan, asked Chu if he would finish the project. “Jeff is the kind of friend who shows up,” Dan told me. “He came to visit when Rachel was pregnant with Henry. He was riding right next to me when I was driving back from the hospital the night when Rachel was going to die.” Chu had reluctantly agreed, but he worried that he wouldn’t be able to capture her gifts of immediacy and authenticity. “She was so witty, both on the page and off, and she was brave,” Chu told me. Moreover, taking on the task was an admission that his friend would never be able to complete the book herself. The book, which comes out next month, is a collection of essays that continue Held Evans’s exploration of divine love and doubt.

Although Held Evans was raised in a conservative community, her parents encouraged her intellectual curiosity at home. Her father, a professor of theology and Christian thought, teaches a class about angelology—the study of angels, Satan, and demons, and the ongoing battle between them. As a teen-ager, Held Evans fastened a piece of duct tape that read “God is Awesome!” to her JanSport backpack, and served as the president of the Bible club. She attended Bryan College, which is named after William Jennings Bryan. Held Evans was a counsellor at a popular Christian summer camp held on Bryan’s campus. There, she was influenced by the apologetics movement, which employs intellectual arguments and critical thinking to defend faith. In a psychology class, she met Dan, and, with her signature moxie, ginned up a stargazing event and invited him to join; the two started dating soon after. Her spiritual crisis began in 2001, just after the United States invaded Afghanistan. Held Evans watched footage on CNN of the Taliban executing a woman for adultery, and confronted a question that her tidy apologetics couldn’t answer to her satisfaction: How could it be that this woman was going to Hell? She headed across campus to her father’s office, where, in pained terms, she laid out the injustice of a world in which salvation was a matter of geography. Soon, for Held Evans, other cultural and theological absolutes began to unravel. ...

In April, 2019, Held Evans was with Chu at a conference, when she began to feel ill. On their last evening there, the two went to a friend’s home for dinner, but Held Evans lay on the couch, too sick to eat pasta. Returning home to Dayton, she tested positive for the flu. She wore a mask while breast-feeding Harper, who was almost eleven months old, afraid that she would get her baby sick. Within a few days at home, though, Held Evans worsened. Dan rushed her to the emergency room, where tests indicated that she had a serious infection; she was then transferred to the I.C.U. When her brain couldn’t stop seizing, the doctors induced a coma. She was eventually airlifted by helicopter to Vanderbilt University Medical Center, in Nashville. Chu, Bessey, and another close friend and well-known progressive Christian author, Nadia Bolz-Weber, flew in to be by Held Evans’s bedside. She died on May 4, 2019.

The public outpouring of grief startled some of her friends and family. On Twitter, Hillary Clinton wrote, “My prayers go out to everyone grieving the tragic loss of @RachelHeldEvans. She lived a life of generosity, justice-seeking, and inclusive faith. So many people were touched by her voice and her example. What a life and what a legacy.” Lin-Manuel Miranda, the creator of “Hamilton,” later tweeted that he was reading her book “Inspired.” ...

Today Held Evans’s roomy and inviting theology is cherished by pop-culture icons such as the writer Glennon Doyle, who told me, “Those looking in at Christianity don’t know what an act of heroism it is for a woman inside to live this way. It was dangerous, the way Rachel lived. It was Christlike.” For many, emerging from evangelicalism involves attempting to return to a truer sense of Jesus’ life and teachings. Held Evans once tried to help start a new church but failed; she eventually joined the Episcopal Church, which she valued for its rituals. “She often told me how much she loved these sacraments,” Peter, her father, said. “They tied her to the ancient tradition that she valued so deeply.” Michael Curry, the presiding bishop of the Episcopal Church, told me, “Christianity is going through a reformation, and she might well have been our Martin Luther.” He added, “She helped mainline Christians stop being afraid of Jesus, and she helped evangelicals know the love of God.”

Before I left Dayton, Dan brought me to the old house that he and Held Evans had shared, a brick bungalow. The two had intended to sell it once their dream home was completed, but, after his wife’s death, Dan had found himself unable. The house now stands as a shrine to a writer and mother’s interrupted life. Their old Ford Explorer sat in the driveway, its trim marked by long-gone “Just Married” decorations; the front door was still decorated with a Christmas wreath, the Styrofoam cranberries of which had faded to blue. “It’s hard for me to accept the concept of, Well, it was just her time, because it wasn’t, actually—it wasn’t her time,” Dan said. “There’s still breast milk in the freezer.” ...

We walked into her study. “I imagined that ‘until death do you part’ meant that, once one of you dies, you’re parted,” Dan said. “I now realize that for some things—some things last until you’re both dead.”

A new collection of original writings by Rachel Held Evans, whose reflections on faith and life continue to encourage, challenge, and influence.

Rachel Held Evans is widely recognized for her theologically astute, profoundly honest, and beautifully personal books, which have guided, instructed, edified, and shaped Christians as they seek to live out a just and loving faith.

At the time of her tragic death in 2019, Rachel was working on a new book about wholeheartedness. With the help of her close friend and author Jeff Chu, that work-in-progress has been woven together with some of her other unpublished writings into a rich collection of essays that ask candid questions about the stories we’ve been told—and the stories we tell—about our faith, our selves, and our world.

This book is for the doubter and the dreamer, the seeker and the sojourner, those who long for a sense of spiritual wholeness as well as those who have been hurt by the Church but can’t seem to let go of the story of Jesus. Through theological reflection and personal recollection, Rachel wrestles with God’s grace and love, looks unsparingly at what the Church is and does, and explores universal human questions about becoming and belonging. An unforgettable, moving, and intimate book.

Dear Reader, please let me begin with a confession: Rachel Held Evans’s “Wholehearted Faith” was written for me. Or, that’s what I thought to myself while reading it.

I was raised in church — Sunday school, bell choir, church choir, vacation Bible school, youth group, work camp, the whole nine yards. But when I was 14, I left and did not go back. Perhaps the best explanation is “irreconcilable differences.” I could not reconcile some of the ideas I encountered there with what I felt to be true in my gut: that all people have equal dignity, and that people should not be labeled “sinners” because of whom they love.

Three decades later, I call myself an agnostic, but reading “Wholehearted Faith,” I wondered: If I had encountered this book at 14, is there a chance I would have stayed in the church?

“Wholehearted Faith,” to me, feels nothing short of radical. And radical is certainly a word some would use to describe Evans. Evans, who died in 2019 at age 37, was known, admired, and, yes, even attacked (the Internet is not a space known for nuance) for her willingness to ask difficult questions about the Bible, God, and the evangelical Christian tradition in which she was raised. ...

What readers will find in these pages — what I found — was someone deeply human: funny, irreverent, curious, wise, forgiving, nonjudgmental. Evans is not speaking to us from on high in this book, and that seems to me to be a hallmark of her faith and her work: She is speaking to us, among us, right there with us. She admits to us that a person of faith has doubts, carries anger and sometimes cannot reconcile, or carte blanche accept, certain aspects of Christianity. She shows us ourselves. ...

In “Wholehearted Faith” she writes, “My desire is that you face all your questions, all your conundrums, all your contradictions, boldly. I cannot guarantee you will retain the faith you inherited — I know that mine is not exactly the faith that my parents helped to instill in me — and honestly, a static faith or an unchanging one isn’t and shouldn’t be my prayer for you, because as we learn and as we grow, faith should evolve.”

As we change, so should our faith. As we learn more, our faith should be strong enough to withstand those questions, elastic enough to accommodate new information and new understanding.

Rachel Held Evans left the world too soon. It may feel like cold comfort, a generic consolation, to say that a person lives on in her books, in her words, and in the people those words touched. But in these pages, Evans reminds us that “the crucial thing to remember is that with God, death is never the end of the story.” Death is not the end of her story, either.