Following up on my previous post, Hastings Law School To Keep Name Despite Founder's Role In Genocide, But Will Partner With Indian Tribe To Redress Past Injustices:  New York Times, He Unleashed a California Massacre. Should This School Be Named for Him?: 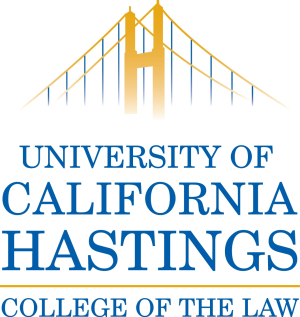 The founder of the Hastings College of the Law masterminded the killings of hundreds of Native Americans. The school, tribal members and alumni disagree about what should be done now. ...

For the past four years, the University of California, Hastings College of the Law has been investigating the role of its founder, Serranus Hastings, in one of the darkest, yet least discussed, chapters of the state’s history. Mr. Hastings, one of the wealthiest men in California in that era and the state’s first chief justice, masterminded one set of massacres.

For those involved, including a descendant of Mr. Hastings who sits on the school’s board, the journey into the past has revealed a very different version of the early years of the state than the one taught in classrooms and etched into the popular imagination of intrepid pioneers trekking into the hills to strike it rich.

Across Northern California — north of Napa’s vineyards, along the banks of the Russian River and in numerous other places from deserts to redwood groves — as many as 5,617 Native people, and perhaps more whose deaths were not recorded, were massacred by officially sanctioned militias and U.S. troops from the 1840s to the 1870s, campaigns often initiated by white settlers like Mr. Hastings who wanted to use the land for their own purposes.

Thousands more Indians were killed by vigilantes during the same period. But what sets apart the organized campaigns is that the killers’ travel and ammunition expenses were reimbursed by the state of California and the federal government.

“It’s not an exaggeration to say that California state legislators established a state-sponsored killing machine,” Benjamin Madley, a history professor at the University of California, Los Angeles, said.

In 1878, Mr. Hastings donated $100,000 in gold coins to found the school that carries his name, California’s first law school. It was “to be forever known and designated as ‘Hastings’ College of the Law,” according to the school’s enactment.

Now, both the law school and its critics agree that Mr. Hastings “bears significant responsibility” for the massacres, in the words of the Hastings inquiry, but they disagree on what to do about it, including the question of whether the school should retain its name.

At a time when institutions across the country are re-examining their history, Native leaders in California say a broad reckoning over the treatment of American Indians is overdue. The longstanding notion that they died as an accidental consequence of Western settlement, of disease and displacement, they argue, needs to be revised with acknowledgment of the purposeful killing campaigns. ...

The investigation into the Hastings massacres began in 2017 after a Bay Area lawyer, John Briscoe, published an opinion essay in The San Francisco Chronicle under the headline, “The Moral Case for Renaming Hastings College of the Law.”

Last year the law school announced a number of measures that it described as restorative justice: It agreed to allocate space for a memorial in the main lobby of its administrative building in San Francisco; provide members of all tribes in Round Valley pro bono legal help; maintain a program focused on Indigenous law; and assist in the establishment of a charitable foundation, an initiative currently on hold because of disagreement among tribal members on how to carry it out.

But David Faigman, the chancellor and dean of Hastings Law, has led a campaign to keep the school’s name.

“What would removing the Hastings name accomplish?” Mr. Faigman wrote when the results of the school’s investigation into the Hastings legacy were made public in September of last year.

A committee formed to investigate the massacres said changing the college’s name might lead to a “decline in applications and perhaps a loss of philanthropic and alumni support.”

A number of prominent Hastings alumni, including senior retired judges, disagree and have called for a renaming. They say that like the fortune of the Sackler family, derived from the opioids that ultimately killed multitudes of Americans, the gold Mr. Hastings donated to found the school is tainted.

Ultimately, Mr. Faigman said in an interview, the question of whether Hastings keeps its name rests with the Legislature and the governor. His critics say Hastings should proactively demand the change. A spokeswoman for Mr. Newsom, Erin Mellon, said the governor hoped Californians would “think critically about the harmful legacies of our forebears.” The governor will review any legislative proposals that land on his desk, Ms. Mellon said.

As many of you have likely already seen, the NY Times today published a story online about the school and its namesake, “A California Law School Reckons With the Shame of Native Massacres.” It will be in the print version later this week.

The piece fairly explores the history of Serranus Hastings and the horrific acts he perpetrated in the 1850s in the Round Valley of Northern California. These acts were unforgivable at the time and are unforgivable today. The story also considers a question that I have been considering over the last five years: how can our generation, and future generations, best address those wrongs. I write to you today to offer an update on our work. This is a lengthy message, but I feel it warrants as much detail as possible.

I want to make clear my position on the issue of the name of the College, which was not accurately represented in today’s news story. There is no effort from me or the College to oppose a name change. My commitment is to do what we can to bring restorative justice to the Yuki People (also known as N’om, Powe’ N’om, and Wit’uconomom People of Eden Valley and Round Valley) and other Indigenous communities who were affected by Serranus Hastings’ horrific acts. My own understanding of what the College can and should do relative to the Yuki People is evolving. It evolves as we build relationships with members of the Yuki People and the Round Valley Indian Tribes (RVIT). I want to be clear that it is not my decision or in the College’s authority to change our name. Such a change would require action from the California State Legislature and Governor’s Office. I and my colleagues have communicated regularly with elected officials in Sacramento about our efforts (see below some highlights of those), and made clear that if changing the name is something the College needs to do to bring restorative justice and there is legislative action to facilitate that change, I will engage with that process in earnest.

In the meantime, we continue to put our focus on what actions we can take now, with the direction of the Yuki People and RVIT. I have dedicated my career to UC Hastings, having started teaching here in 1987. This place is my professional home. As you may recall, when I first became dean in 2017, I heard about Serranus Hastings’ legacy through an Op-Ed published in the SF Chronicle by John Briscoe. I pledged immediately to find out more about this legacy and read two recently published books on the subject of the California genocide of the nineteenth century. I needed to learn more. I could not then, and will not now, shy away from the stained history of our founding dean.

In the late spring of 2017, I organized a committee of faculty, staff, alumni, and students, the “Hastings Legacy Review Committee” (HLRC), which was charged with researching and making recommendations to me on this history. I also commissioned a memorandum from one of the authors of the books I had read, Brendan Lindsay, to examine in depth Serranus Hastings’ responsibility for the genocide of the 1850s. Dr. Lindsay, a historian at Sacramento State, ultimately wrote a 100-page memorandum on this subject. What was revealed in that research only made clearer the atrocities of our founding dean and added to my motivation and commitment to take all action possible under our control.

The Committee did excellent work and made a score of recommendations regarding how the College could approach restorative justice for the terrible crimes of Serranus Hastings. They reached out to RVIT and thus started what is now a years-long endeavor to build trust and friendship with both the RVIT Tribal Council and with a group of descendants from the Yuki tribe. The Yuki People are members of the federally-recognized Round Valley Indian Tribes. That work is now ongoing with the help of the Restorative Justice Advisory Committee made up of students, staff, faculty, alumni, and local partners.

As with any sovereign nation, there is no one unified voice of the RVIT, just as there is no one unified voice among the Yuki People, even on the issue of what to do with the name of the College. That said, we have made all efforts to work with the Yuki People and RVIT on restorative justice efforts that can effectuate real change for their communities. All of our efforts are at the pace, readiness, and interests of the Yuki People and, where relevant, the RVIT community. Below are a few recent examples of efforts in progress. You can see an updated list here on our website.

The generational pain of the living descendants of the genocide funded by Serranus Hastings and supported by the State of California remains deep and ever-present. As Yuki descendant and my friend Ben Medel has stated, his people “live in the dreams of our ancestors.” Those wise words have stayed with me and help guide our efforts. I and other colleagues have visited the RVIT reservation in Covelo many times now and have heard first-hand their ongoing trauma and pain. We also hosted a group of Yuki People here in San Francisco in late August of this year. Over the years, one visit or meeting at a time, by showing up and offering our tangible efforts to support the needs of the community, I am proud to say that trust is increasing and friendships have formed.

Please do not hesitate to contact me or members of the Restorative Justice Advisory Board with further questions. You can also sign up for my Office Hours here and submit to my comment box here.