Norm Macdonald’s Comedy Was Quite Christian 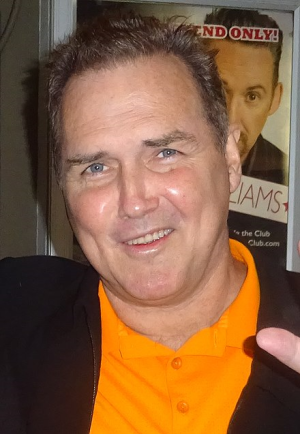 The relationship between Christianity and stand-up comedy has been going steadily downhill for half a century. In the 1960s, this was still a country in which Bishop Fulton Sheen could take part in the Friars Club roast of Milton Berle, and Tom Lehrer could give Catholicism a goofy but informed ribbing in his song “Vatican Rag,” which appeared on an LP that spent 51 weeks on the Billboard album charts. These days, with the notable exception of Stephen Colbert, it is difficult to imagine many mainstream comedians engaging with Christianity at all, except in the context of lazy jokes about the Catholic sexual abuse crisis or the political views of stereotypical Southern evangelicals.

This is why I was surprised that few of the obituaries of Norm Macdonald, who died last week at 61, mentioned his Christian faith. A famously reticent comedian, he did not often discuss his personal life, and his mannerisms were so flippant that it was often in doubt whether he had serious views about any subject. In his later years, however, he spoke and wrote at length not only about his belief in God but also, with more reluctance, about his opposition to abortion. (“I don’t like saying it because it’s unpopular,” he said on Dennis Miller’s radio program.)

The neglect of Mr. Macdonald’s religion is more than a mere biographical oversight. For it is by viewing him as a somewhat idiosyncratic Christian comedian that we can best take stock of Mr. Macdonald and his comic legacy.

His comedy was remarkably free of malice, and in recent years it was marked by startling displays of mercy and humility. During a televised roast of the comedian Bob Saget in 2008, Mr. Macdonald baffled viewers and delighted his fellow comedians with a tender routine full of corny one-liners that would not have been out of place at a retirement party in 1954. “The one thing that bonds us as comedians,” he told Mr. Saget in a rare unguarded moment at the end of his appearance, “is that we are bitter and jealous and hate anyone that has any success.”

By the end of his life, Mr. Macdonald seemed to have abandoned even his well-known animus against O.J. Simpson. “All he’s guilty of to me,” he said on a Comedy Central program in 2019, was of being “the greatest rusher in the history of the N.F.L. Maybe I was the greatest rusher — to judgment.”It is not hard to see in such gestures an expression of Mr. Macdonald’s faith and his attendant belief in the intrinsic metaphysical dignity of the human person. Often the Christian dimension in his work was implicit and offhand. In a wry online exchange with the biologist and atheist Richard Dawkins, Mr. Macdonald asked why organisms that exist solely to replicate their genetic material would ever commit suicide. ...

Perhaps the most obviously Christian element of Mr. Macdonald’s legacy was his quiet acceptance of what we now know were nine years of cancer, from which he died without acknowledging his illness in public. ... Unlike secular ethical systems — stoicism, for example — Christianity almost uniquely invites its adherents to find value in suffering because it allows us to unite ourselves with Christ in his Crucifixion.

But the acknowledgment of suffering is not the final goal of Christian religion, which ultimately derives its meaning from the joy of Christ’s Resurrection. In the early centuries of the church, Christians were mocked by their pagan fellow citizens for a kind of blithe silliness that reminded them of drunkards. Even in his final years of pain, Mr. Macdonald, too, exhibited an almost Falstaffian joie de vivre. “At times, the joy that life attacks me with is unbearable and leads to gasping hysterical laughter,” he told his Twitter followers in 2018. “How could a man be a cynic? It is a sin.”